The deadly “soulsborne” inspired game of duelling sad and ancient knights has a new name: 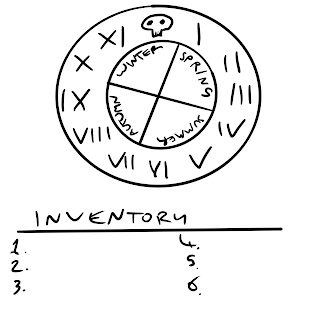 You can download a playtest document here. It’s free, but if you want to support the project or my work in general, please consider making a donation.

As this is a playtest I will be accepting feedback! You can leave a comment here, or email me (graverobbersguide at gmail dot com), or get at me on twitter.

The kind of feedback I am looking for: “the most interesting thing that happened while playing was…”

For more info on development, check back at posts tagged “The Green Knight”.

Email ThisBlogThis!Share to TwitterShare to FacebookShare to Pinterest
Labels: onslaught, The Green Knight

The Meridian gate is in lockdown. A potential biohazard has been detected at the abandoned Yefimovich Hospital on the city level. Until customer safety is confirmed, Qilin Gate Corporation protocol withholds all transport rights.

A 10kcr reward is on offer to any freelancers willing to inspect the site and contain any potential threat. Otherwise, QGC officials will handle the matter within 6-8 weeks.

What really happened? A secret document and alien specimen were stolen from QGC by one of their own agents who intended to hold them for ransom. In retaliation, the corporation remotely opened the biohazard containment briefcase that held the alien, knowing it would attack its captor.

The theft was of little concern to QGC. The alien is replaceable and they can easily deny any connection to the document, a training manual which contains no traceable information. QGC executed the traitor on principle and now only want the alien returned as an afterthought. 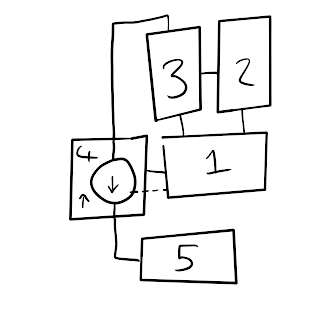 In the middle of the floor is a corpse in a black suit. No identification or records. Traces of blood around mouth not victim’s own. Cause of death, suffocation.

Beside the body is an expensive-looking briefcase, its interior caked in blood. The case hermetically seals and can be open or shut remotely, though no controller is present.

Signs over the doors ahead mark the pharmacy and ward. To the left, a door opens onto the upper level of the operating theatre, while a wide vent connects to the lower level.

2.     Pharmacy
A mess. Almost entirely ransacked except for 1d5 each:

-        Calm In The Sea Of Life Teapill. Promotes menstrual health.

Signposted doors to the lobby and ward.

3.     Ward
Thin curtains separate rickety bedframes. What remains of the medical equipment could be jury-rigged into a functional bioscanner.

Stashed in a pillowcase:

Doors to the lobby and pharmacy. Corridor to the lower level of the operating theatre.

4.     Operating Theatre
The upper level, accessed via the lobby, is a ring of plush seating overlooking the surgery through a skylight. No way down here except breaking the glass and climbing.

Below, on the brightly lit surgical table, the biohazard distractedly picks at bloodstains on an old scalpel. The lower level also has a washbasin in the corner, and a vent allows air to flow down from the lobby. Doors at either end lead up to the ward and down to the morgue.

PK-1 (Trained Skill): Manipulate Nearby physical matter, not exceeding the user’s mass, with the power of the mind.

Email ThisBlogThis!Share to TwitterShare to FacebookShare to Pinterest
Labels: adventures, at the gates of dawn, Mothership

I hope everyone’s enjoying Journeylands #1 so far! Pick it up here if you haven’t yet x

High Tide Highway is 3 clicks long and goes exactly where you want to be. Reroll 1s if travelling by day.

1-2. Bandits! The Barracuda Gang have mouths to feed. #hit until someone fixes their food supply issues.

3. Clear sailing. Just you and the road.

4. Traffic! A lot of travellers taking this route today. Handling checks only.

5. Food truck. Stop here if you have time and get free samples. (Roll this with bandits about and they’ll be scared away!)

6. Crabbing contest. Anglers lower lines off the side of the highway into the coral canyons below. These crabs are gourmands - finely flavoured bait will catch a whopper and win the prize, a Crabshell Bumper [widget, negate #hit, 2 uses before breaking, repair uses at a garage or bait shop]