So I don’t know if you heard but uuuuuuhhhhh

(you can still back it for a bit with the late pledge manager, go for it, early Christmas innit)

I wasn’t involved in the campaign but in case you missed the announcement I will be contributing to the starter module that comes free in the box set, Another Bug Hunt. Very very excited and pleased for the whole team. This box is gonna knock your sox

So i thought I would do a post about Mothership in some way, since a lot of people are going to be getting this game soon or are currently trying out 0e. I haven’t really posted any serious MoSh Content on here before. But I had this idea that might be useful to some so here we are

This is going to be some macro design stuff about making horror adventures in general.

Btw, I don’t actually like horror very much! I’m more into stuff with horror ~elements~ than the genre itself, I’m not into straight up scary movies. I’m a chicken, a wuss, a weenie, a putz I tells ya, a palooka, a real jimmy jamoolie

But I’ve also written more published mothership adventures than… um, anyone lmao, so

Also worth pointing out that this structure isn’t a Thing I Do, it’s just me reverse engineering some stuff I’ve done before. There’s some amount of value in trying to codify vague ~artistic processes~ into something more tangible, at least for practical purposes. I’m very wary of academia, death by analysis, but as long as we’re still talking in (hopefully) useful, practical terms and not ThEoRy then we’re all good.

The upcoming Warden’s Guide is going to walk you through the TOMBS structure, something Sean I think came up with to describe horrors - as in, monsters. It’s pretty useful, maybe I’ll do a post about it. What I’m going to try and do here is make a similar framework for looking at the overall adventure structure.

(This is just an idea I had last night so I’m going to see if it works as I’m writing it, if you’re reading this post then I guess it does haha)

A way of looking at the horror adventure scenario is in layers, which I’ll call:

These names are arbitrary and I’m sure if you’re an actual horror fan they already mean specific things! Sorry!

Picture it like a cross section of a planet or a jawbreaker, with fear at the core and despair as the outer encasing layer.

Let’s look at what I mean by each of these and why it matters. Then you can maybe look at your next adventure in a similar way. Check that you have each layer present, and you should have a functional horror adventure, or at least enough of the aesthetic of one

Oh! And I’ll be using examples from The Haunting of Ypsilon 14 because I think it’s the one of mine most people are familiar with, but SPOILERS if you’re not. If someone is going to run Mothership for you soon there’s a chance they’ll be using this adventure, so proceed with caution. 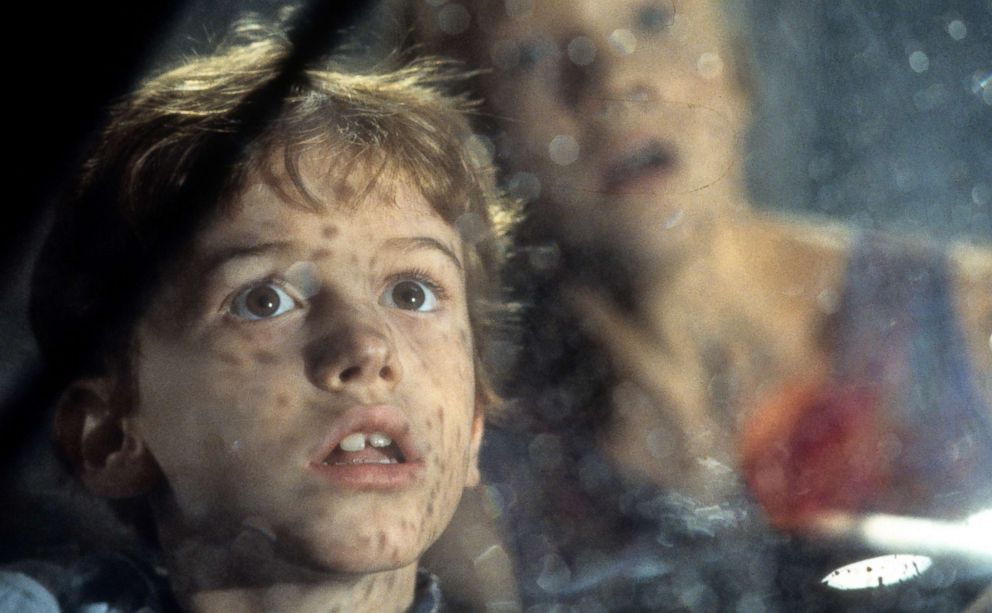 Boo! In movie terms these are things like jump scares or gross-out effects, but that’s not really an inherent function of this medium. We do have Fear saves though, for these moments of sudden emotional upset - just they’re for the characters, not the players directly. (The players might be scared too but i don’t really see that as relevant, that’s probably another post entirely though haha)

In Ypsilon the monster may suddenly show up at any time, or the discovery of Dr Giovanni or the goo effects could be played as Fear Moments. I’ve seen people use Prince as a fakeout

You need these in MoSh games for practical reasons, to make use of the Fear (and Sanity which is the same but for mindfuck logic-based stuff) saves, but as part of the Horror Jawbreaker these are core to the experience.

A scary movie without these moments probably won’t be classed as horror at all, or it’ll be like Arrival or The Lighthouse where people have boring, beard-stroking chats about how and why it “straddles” genres. (I have seen and liked both those films btw, which tells you something about the part of all this I’m less into haha).

We all know what counts as gross and scary, and you have a wealth of genre staples to pull from, so getting Fear into your adventure shouldn’t be super difficult.

The main “issue” is that you don’t know if these moments will actually show up in play because it’s the players driving the action! The best plan I think is to put a few possible Fear moments around the place, make the adventure site small enough that they’ll probably find at least one, and just give up at that point. Players gonna play.

If they don’t find any of your spooky bits - hey, good for them. The other layers should have you covered just about, all you’ll miss is that sense of immediacy of Pure Horror but that’s not a problem - Arrival is totally a MoSh pamphlet. You can have a laugh after about how they missed everything.

A few seconds after the shock, when the mind makes sense of what’s happening - and doesn’t like it.

This is deeper than fear, which is a bad way of phrasing things because we’re going one layer up in the jawbreaker but whatever. Fear is “AAHH! A dead body just fell out of that vent!”. Terror is “Oh god… that body is Barry, and he’s got no face”.

Basically these are moments of realisation. Ypsilon examples would be things like “there’s an alien”, “it’s invisible”, “the goo is fucking people up”, “the Dr is fucked up”, etc. Mothership mechanises this, if you want to, with Intellect and Sanity. And Panic, these layers are all about Panic in a way.

To put these in your adventure, just have things going on the players don’t know about that they can work out through play. You probably have this covered already without realising it tbh. The genre suggests A Sense Of Mystery.

You don’t have to make this an actual mystery with Clues, these can be obvious! There are sooo many ways of finding out what’s going on on Ypsilon. But at the end of the day it doesn’t even matter if you do or not. Survive, Solve, Save, pick one - you might not Solve anything.

So don’t worry so much about the moments of revelation - Kinda like Fear that’s all player driven, and not 100% necessary anyway. Just have enough questions in the air. The suggestion that those revelations are out there somewhere is enough - be bold though. You achieve that sense of suggestion by posing questions, not by just kind of vaguely hinting. Players don’t get hints.

And even if nobody else does, you should absolutely know the answers yourself! Failing the investigation exercise is totally fine, but if there’s actually nothing real there to Solve, the exercise is hollow. And the answer can ultimately be a bit of an “I don’t know”, something like “an unknowable cosmic entity messed with shit”, just give it enough consistency and verisimilitude to feel somewhat satisfactory.

Give your players good questions, hide the answers, but the answers ultimately don’t matter as long as they do actually exist. Does that make sense? 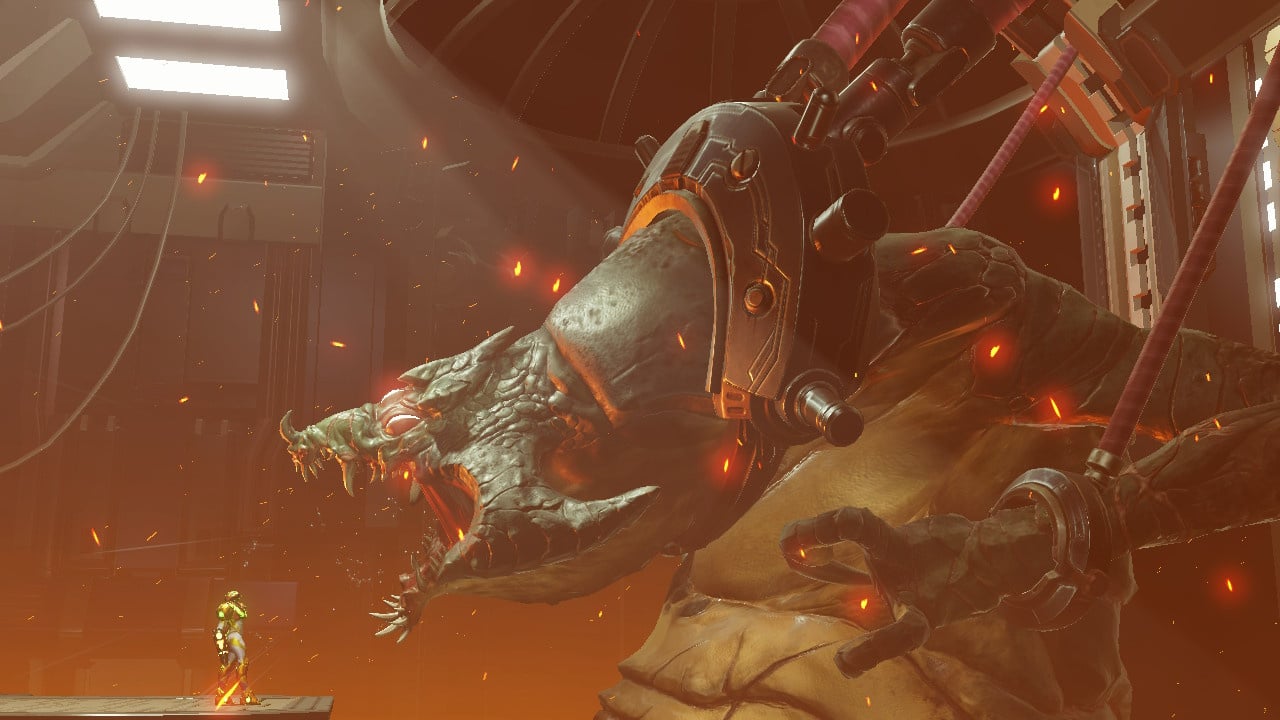 After the initial emotional reaction, after the terrifying revelation (or simply more questions suggesting  more terrifying possibilities) - where does that leave the players? The answer is here, and it’s nowhere good.

Dread isn’t a moment, though it can involve moments of Terror or Fear. It’s the creeping sensation of knowledge. Things are bad, sure, but it’ll become clear overtime just how bad things are, and for the players specifically. In Ypsilon it’s that you’re alone in deep space with a monster and some goo. It’s the full scope of the character’s immediate reality - and specifically, their odds of survival.

I don’t know if you’ve played Mothership but those odds? not good!!

This one’s mechanised throughout the system. Hit Points, Wounds, Stress, Panic. You achieve Dread (again, in your characters, not necessarily your players) basically through just playing the game. Dread happens from Being In This Situation. All you need to do is give the players a decent grasp of how fucked they are, and so much of that is done by the maths already.

I guess the question is how can you make them understand how bad the situation is if they might not fully understand what that situation even is? Mostly through those inner layers i think. Enough Fear and Terror will instil Dread automatically.

Yeah, this one just kind of happens. It’s about situational awareness, and Mothership is kind of about that on its own anyway. Again, player driven, they need to be paying attention - so just give them shit worth paying attention to and the Dread will follow.

And, obviously, make things difficult! No stakes, no dread. Isolate them in one way or another, present seemingly unbeatable foes and obstacles, take away obvious solutions (careful with this one) and add Stress with the steady drip of a CIA waterboarder.

And after all that… what’s left? Nothing.

“Despair” was once considered a sin that superseded the 7 Deadlies (I’m half-remembering this from Marlowe’s Dr Faustus so like Elizabethan Catholicism, don’t quote me). It meant, basically, atheism. A loss of belief in God’s ultimate power, plan and protection.

Can you even imagine the emptiness of someone in that culture losing faith? The shape of the void that leaves in a heart? What’s left? What’s the point?

Even if the characters Survive, what kind of a world are they living in? One where shit like this happens to people like them and there’s nothing they can do about it. If they Solve - so what? Now they know just how little the universe cares. And if they Save… do they really?

Rent is still due. The ship is a loaner. You made a quick buck risking your life and mind but that’s only worth so many weeks of Rocket Noodles until you have to do it again. You escaped the Squid Game - congratulations! Welcome to Seoul. Is it any better?

Ypsilon 14 is underfunded, understaffed. The bare minimum for survival and hygiene. it wasn’t even designed with a medbay, someone thought of that later and set it up in the workspace - probably to avoid being sued. The only things that offer any kind of enjoyment - a pet cat, video games, music, drugs - were smuggled in by workers who’d probably get their pay cut if anyone cared enough about them to find out. Someone went missing last night and the company hasn’t done a thing. All they have is work.

And for what? Someone with a much nicer ship than yours is doing research. Metals are being mined and sold for someone else’s profit margins. To the management, as we hear in Dr Giovanni’s cassette recording, these workers are numbers in a database.

There is power out there. But it will not protect you. And its plans are to prosper only itself.

How to put this into your game? Just make sure everyone’s aware whose fault this all is - and how very, very far away they are from here.

I hope all this is of use to anyone preparing horror adventures for their friends! Just make sure you have all the layers of your jawbreaker in there at least somewhere and you’re good to go.