I’m thrilled to announce the launch of Paradice Arcade! 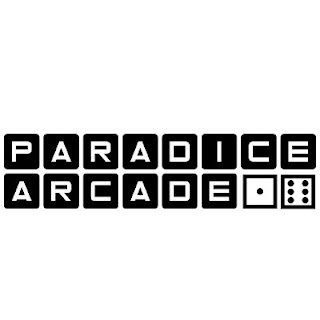 I’ve been working on various games in this series for over a year now - and some have been in development for a while before that! I’m super excited to make these little games into fun, complete finished products that you can enjoy for yourselves.

If you liked GoGoGolf, this series is something of a spiritual successor. The same emphasis on tight, light mechanics and focus on fun, with art and graphic design as good as we can get ‘em.

If you like the work Sam’s done for RPG hits like Troika! and Questing Beast as well as his own awesome projects, you’ll be blown away by the art and design he’s cooked up for this project.

You can get Sky Pirate Solitaire right here. 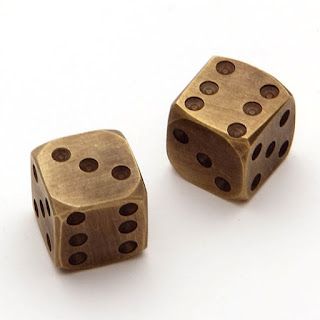 ...And we have a whole lot of games still to come!

For now, the best way to keep up with Paradice Arcade is to follow @ParadiceArcade on Twitter. I’ll also post on this blog whenever there’s a new game or a big announcement!

If you like anything I’ve made so far, I sincerely hope you’ll enjoy these odd little games. I have some bonkers stuff lined up for this first series and beyond, and I’m so so excited to share it with you all.

If you’re playing a classic, “challenge-based” adventure RPG, you’re going to want things for your players to do that don’t involve the often deadly combat rules killing them. And if you’re playing a more combat-focused modern game, your players might want a change of pace from slaughtering monsters now and then!

Here are three types of quest “hook” I put in front of my players all the time. Remember that in a sandbox game there’s no guarantee they’ll go for these, but you never know. Pop these in your world and your players may surprise you.

Your players rescue the prince from the dragon’s tower, or save the daughter of the hog-folk chief. As well as a substantial reward, the most eligible among their party is presented with a dramatic proposal... of marriage!

The best thing about a proposal is that anything your players do when faced with it can have interesting consequences for your game going forward. Whether they accept, decline, or hatch some other scheme, they’re planting seeds for future events in your world. I wrote a bit in this short post about different angles you can take with a proposal hook depending on the tone of your game.

A local playwright wants to put on a new theatrical event - or needs to, at the behest of an execution-happy monarch, if you want to raise the stakes - but all they have is a script. Your players will need to provide the rest: props, actors, special effects and the like.

This resembles a classic fetch quest, but manages to avoid the drudgery of those kinds of tasks by allowing the players to decide what items they’ll need and how best to get them, and then execute those plans themselves. Player-driven adventure is something ttrpgs excel at facilitating, so lean into it! Give vague prompts like “we need a monster for the final act” or “the fanciest costume you can find”, and let your players interpret their mission creatively.

There’s a similar prompt involving the world’s first cinema in my free micro-setting Calliope. (In fact, Calliope is entirely made up of non-violent adventure prompts, should you want any more!)

The players need to get somewhere, or retrieve some item, etc. But in their path, set against the completion of this important task for their own reasons, is an enemy like none the party have faced yet... something or someone far beyond their fighting abilities.

I haven’t talked much about Combat As War on this blog, I guess because it’s such a simple idea that I kind of take it as a given, but if you need a primer Ben over at Questing Beast has a great introductory video on the concept. Pitting your players against a foe they simply can’t beat head-on forces them to think creatively and come up with other options. Let them use the world around them, hatch schemes, try communication, trickery or bribery. Don’t be afraid to really stack the odds against them - players will always surprise you with their ingenuity and ideas.

Combat will always be an option in ttrpgs, because the medium runs on freedom and player agency. To (heavily!) paraphrase Zedeck Siew’s great thread on colonialism in D&D, taking a non-violent option when violence is also an option is a moral decision, but it becomes a mercenary one when non-violence is the only given path.

Some of your most interesting and memorable adventures, and the very best of tabletop gameplay, will happen when you play against the restraints of the system and fiction and forge your own solutions.
Posted by D. G. Chapman at 06:01 1 comment:

I’ve removed the public play test version of Journeylands from my Gumroad store. It’s still available for free, just now it’s in a google doc. Access it right here if you want it. There are a bunch of resources for it on this blog, check the journeylands tag for those posts.

As I’ve said before, I’d love to return to Journeylands, probably gut it and update the mechanics, and release it with a bunch of setting stuff in a kinda UVG style thing. I just don’t have the time, and definitely don’t have the budget. I moved it from Gumroad because there are better things on there now and I don’t think it’s up to that standard!

Also re: the Gumroad store, I’ve set the minimum price of my Graverobber’s Guide to Slimes for 5th Edition to £3, up from free. I’ve barely made any money off it ever, and I don’t really do 5e stuff (fuck WotC), but it’s good and if people want it I might as well get something for it :P

I continually revise my idea of what the eventual, full release of the GRAVEROBBERS system (free alpha version here) will look like. Sometimes I want to create an entire baroque gothic town of potential heist locations with blueprints and secret sewer tunnels and criminal contacts et al. Sometimes I feel like the current Bare Bones Edition might be the best and truest expression of the system.

Right now I’m leaning towards something like: the Bare Bones, a small but dense starter adventure with extensive Prep section, and a big wad of pages in the middle with extra rules, hacks and commentary.

Some players won’t want to roll completely randomly for their characters’ Odds. They might not like the chance of being exceedingly unlucky in an area of expertise, or they might have a vague idea of who their character “should” be and want their higher and lower numbers to be distributed a certain way.

Here’s another way - it instantly creates a character that’s just over the threshold of not dying to a >13 total Odd score, but the fixed numbers mean it won’t ever produce characters much more lucky than that minimum. Those are for gamblers.

[btw this is how stat generation works in BUTCHERY, my zinequest project that Kickstarted back in Feb. That’ll be out in a few short months!]

By default, characters in GRAVEROBBERS can carry however much stuff makes sense. Work it out, as with most things, through standard play.

If the Judge wants to keep tabs on things or enforce a greater sense of danger, use the following rule:

A player character has six inventory slots for useful items, with one item generally taking up one slot. Collections of smaller items, such as the Grifter’s pouches of goods, take up one slot each, while very large, cumbersome or noisy items such as swords or cockatrice eggs might take up two. Another person, or a corpse, takes up three, plus any weight on that person. Carrying something big between multiple people splits the weight evenly, but those carrying the item can’t make rolls without dropping it.