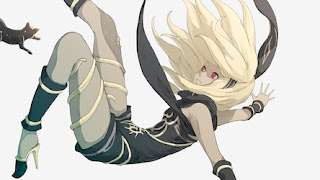 On a wee little break, such as it is, over the Christmas season, such as it is. But had this thought and felt like writing, so here you go. No idea if it’s worth reading, mind.

Take care of yourselves and the people close to you, and I’ll see you in the New Year to do this all over again.

I tend to think of a game as a space, not literally. Something like: “A game is a theoretical space defined by its participants’ interactions with and around a set of rules while mitigating or subverting relevant consequences and obligations present for those actions outside the space, with the aim of facilitating exploratory experiences within participants, activated or driven by their chosen interactions.” Or whatever.

But most games that aren’t ttrpgs utilise physical space or representations of such in a much more direct way than this hobby does. That’s what I’m on about here - actual space. Or virtual space. The realm that gameplay happens in.

Sports have courts and fields, adventure playgrounds are the space, and other games become the physical space they take place in - hide and seek, tag, climbing a tree, etc. Even board games do more than most ttrpgs by having a board, or at least expecting a “play space” such as a table to house their components.

Video games take this one step further by representing physical space digitally, then allowing movement through that space vicariously through an avatar. Movement mechanics help define the space and vice versa - Mario being my go-to example for most things as his game design is widely and simply understood. But see how the way a PC/avatar can move in other games like Zelda BotW, Gravity Rush, Splatoon, and even the cursor in RTS games affects gameplay, and defines and is in turn defined by the space through which they move. And if you think I’ve used the word space too many times already, buckle up.

Ttrpgs don’t use or need space this way, being played through conversation. Any space - actual play space - is, generally, imagined.

Our relevant sphere, adventure games, has several approaches to this. Our go-to, and still a classic, is the dungeon map. The mechanics to move through these spaces are divorced from the maps themselves though - enough conversation, the medium’s proprietary core mechanic, can take the place of any physical map or drawing. More rigid mechanics such as movement speeds, encumbrance, etc, define and map the space in game terms like echolocation, through the avatar’s interactions, also giving the avatar its necessary movement mechanics through abstraction. Even if we were to put actual miniatures on a nice piece of gaming terrain, we would still be representing the game state rather than enacting or enforcing it, like a little real-time puppet show.

So then, the typical adventure game response to this lack of definition in the play space is to rigidly define necessary parameters and limitations that directly impact play, and leave the rest to oracles and the GM role. The rules, along with the social contract and play culture produce verisimilitude, the narrative equivalent of reliability for our fictional equivalent of a literal space.

There’s absolutely nothing wrong with all this, in fact it all works remarkably well for half-century-old design. But it’s only one approach.

Another fairly typical game response in this space is to accept the lack of realised play space as a limit of the medium and design around it, whether through abstracting concepts of space and movement partially or entirely, or by rendering them irrelevant to play states through design. Some games might use range bands in place of literal measurements of fictional space; some might simply declare that you are wherever it seems like you should be. These rely more heavily on the social contract and are common in “story” games, in which oracles such as genre convention may be used in conjunction with GM fiat or group consensus. (Given the free form nature of the medium, these tools are of course available in any game.)

If we are designing an adventure game, however, and space needs to be both important to play and theoretically limitless in its specificity, defining that space is imperative. Some abstraction will always be necessary to avoid some Borgesian simulationist nightmare, and so it is then the nature of that abstraction that will define our game space, the nature of movement through it, and our gameplay.

The issue, then, is in designing around the implementation of space through abstraction, much as many games design around the removal of space through abstraction. This has lead to clunky, bloated or misguided design implementations in the past - see Why Your Travel Rules Suck, one of the earlier things I wrote on here. Simply put, gameplay must be centred around movement in order to justify/necessitate mechanical abstraction of space.

Video games - those mentioned above being shining examples - have this down pat. The nature of video game development and structures inherent in the medium obviously contribute to this, but there’s no reason relevant lessons can’t be taken and imported.

Dungeon crawls centre movement nicely - though many find the mechanics antiquated in places and the specific procedures for crawl play have been lost, skewed or lazily implemented in many places outside the tiny hobbyist sphere. Beyond the classics, new ways of abstracting space and movement into the medium have been widely unexplored, without of course borrowing mechanics wholesale from wargaming and board games.

I’m not sure where I’m going with all this (ha). Just... the space (and here i do mean not-literal-or-virtual space, but the design space) is out there. A new mechanic or perspective is waiting.