I’m running a 5e quarantine campaign for a couple of mates. That means blog content!

We’ve had two sessions so far, and I’ve just drafted up a GM’s Oracle for the campaign. I think the most useful thing here for you as readers is for me to briefly run through the process of making it before I share the end result. 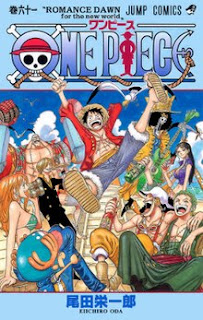 I’ve been reading a lot (a lot) of One Piece during isolation. Could go into a whole rant here about how it’s maybe the best current example of pulp fantasy fiction, and therefore an absolute treasure trove for GMs looking for inspiration, but I don’t want to have to tag this post as “weeaboo nonsense”. Point is, I asked my group if they’d be up for a pirate campaign.

Had a chat about what kind of campaign we were feeling (5e, heroic, starting at level 10), left them to do characters and prepped a prison break as an intro. After two very dramatic sessions, they’re on a stolen navy ship, bound north to the Tropic of Storms (basically the Grand Line from One Piece), my excuse for some island-hopping pirate adventure.

All the “world building” I’d done so far was all the building a world for a tabletop adventure game needs - justification for the adventures and locations the player characters come across to inform their actions and lend them weight and consequences.

Decided on a GM’s oracle to help structure my writing for future sessions, and bring the players in on world building a bit. The concept for this one is a d8 table of constellations, with each zodiac entry being something of an in-universe god or spiritual force.

I let the two players each come up with their own entry, asking them what fictional star sign they reckon Might suit their characters, and elaborated on their ideas. Zantor (real name not given), the smooth-talking necromancer with ideas above his station, was born under the Doctor, a death-like figure who oversees life and death equally. Bradwood, the painfully easygoing half-water-genie monk, was born under the Eye, this setting’s “god of storms”.

Taking those as the first two entries in the table, I fleshed out the rest of the eight entries. Table and notes below. 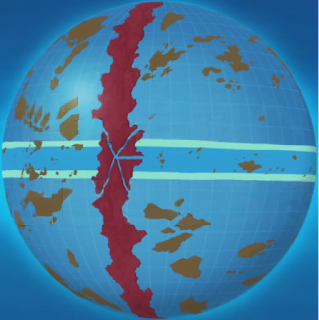 - the “sea” thing is kind of like a god’s “domain”, but also refers to a literal sea along the Tropic (which is like the Tropics of Cancer and Capricorn irl, a band of sea around the world). Exception is the Newborn, whose physical domain has been turned into an artificial landmass.

- this leads in to something I’ve had fun doing with this, which is retrofitting pirate-y terms and legends into this world. So, since only seven of the zodiac entries have literal oceans associated, we get the phrase “seven seas”.

- Some more of these because they’re fun - the eight Zodiac entries are the “pieces of eight”, the Doctor’s symbol gives us the pirate flag, the “X” symbol representing the Cross and the Sea of Bounty gives us “X marks the spot”... Also the Newborn doesn’t have a literal constellation in the sky, but is for babies born under a new moon - the black circle gives us the legend of the black spot.

- More on the physical seas - they run in order west to east, with the line between the Sea of Death and the Sea of Rebirth being this setting’s equivalent of the GMT meridian line. That’s what the antagonist global naval government is called too, the Meridian.

- There’s another column on the table, the seven pirate lords called the Seven Dragons, one associated with each sea (and the Admiral of the Meridians for the Sea of Rebirth), but... spoilers.

This table’s going to be used for inspiration as I come up with new adventures, and for whenever I need a spark of an idea while running the game. As discussed in my GM’s Oracle post, using this table as the basis for the campaign should tie the whole thing together thematically. Mostly though, I’m happy with the structure I’ve given the world. All those details flowed naturally from the base of this table, and the whole thing took like half an hour to devise.

I ran the first two sessions before writing this. Let’s see how things go from here now that I have an Oracle to fall back on! 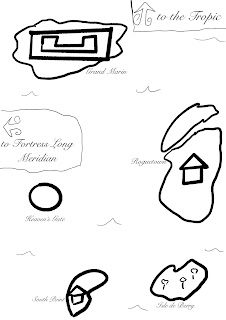 Our Story So Far

Our heroes, having played their trade in the remote south-eastern seas up to 10th level, started this game just south of the Sea of Death, in waters patrolled by lower-level Meridians and local pirate gangs. They want a ship to take them north to the Tropic of Storms, each with their own impossible quest - Zantor wants to find the Fountain of Youth, and Bradwood seeks his father, a legendary water genie.

We start in Roguetown, in a dingy pirate bar. They meet Johnny Fishbreath, who until recently served on a ship in the Tropic - his captain, Cpt. Calhoun, is being held in a Meridian maximum security prison called Heaven’s Gate, awaiting execution.

After much posturing from Zantor, Johnny agrees to sail them close to the prison, but no further. Bradwood swims ahead, and, finding no guards outside, gives the signal to Zantor to approach in a boat.

A daring prison break ensues. Lots of fighting and sneaking, some choice spells were cast. A big monster. You should’ve been there.

A few details about the setting are learned - the team seems particularly interested in the 108 Poisons, legendary venoms that grant the infected great power at a price, as seen in the prison’s Warden (who very nearly killed Zantor before he was Bigby’s Hand-ed to fuck).

Our heroes are now on the run on a stolen Meridian ship under Captain Calhoun, their new crewmates her fellow inmates. They sail north, for the Tropic of Storms, and adventure, now branded as pirates.
Posted by D. G. Chapman at 07:14 2 comments:

My second official pamphlet adventure for the Ennie-award-winning Mothership RPG is now available to download! 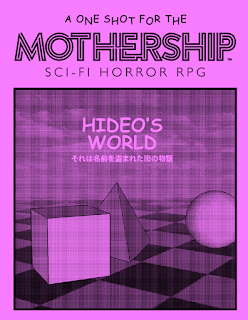 I had tons of fun writing this for the Mothership team. It’s very *me*.

- Vaporwave dungeon crawl through the menu screen of an obsolete video games console!
- Plugs in to the fantastic MoSh adventure A Pound of Flesh, or works as a standalone!
- Just like the last pamphlet, an original audio track is included!