Magic arrows are an easy way to give fighter-type characters cool abilities that resemble spells and vary their "utility" options. Here are 1d6 one-use ideas:

1. The intricate stone head of this arrow is fluted and curved, with small holes throughout. When fired it makes a continuous noise upon impact until it is removed. Loud enough to be heard for some distance, and to deafen anyone too close.
2. An arrow made of wood and bone. Being struck by it causes its target to follow a one-word command from the archer to the best of their ability. This magic does not compel living things.
3. A purplish metal arrow that seems unnaturally strong for its frailty. The target of this arrow feels no pain, instead receiving a message from the archer's mind - words, images, and thoughts conveyed in a flash.
4. Tipped with obsidian, the shaft of this arrow grows into a copy of the arm that fired it once it hits its target. The arm mimics the archer's own in its movements, and disappears if it is injured.
5. A slight, slender golden arrow. Refuses to hit or damage any living thing, but will always strike true if aimed at anything else the archer can see.
6. This arrow's stone head is bulbous and heavy, yet it flies well. Upon firing, the archer sees through the arrowhead's carved eyes instead of their own, until the arrow is broken or retrieved.
Posted by D. G. Chapman at 06:44 3 comments:

It Came From The Blogosphere! In 4D!

Every once in a when-I-feel-like-it, I gather up the posts and related RPG ephemera I've been enjoying lately, a fresh punnet of gaming berries for you to pick through like a hungry songthrush, snuck into the grocer's stores whole her back is turned.

Buckle up jabronis, we've a bumper crop this time around!

First off - the Ennies are tabletop RPGs' (second) biggest award show, and some good games got accolades this year, including Mothership winning gold for Best Game! Of course the real awards season highlight was the Rammies... Check out Ramanan Sivaranjan's personal picks here to see who deserves your pocket money.

High Priestess of the OSR Emmy Allen has a system for creating magic items which, with its focus on seasons, feels very much like something I'd have written and thusly should fit snugly into your game if you use things from this blog like the weather generator or my Witch's List adventure. She's also posted about her brilliantly conceived cult-ridden town generator, as well as a very cogent argument for the use of "diegesis" and its related film theory terms as useful categories when discussing mechanics in RPGs. Read that right here if you want some good theory.

Artpunk maven Patrick Stuart asks whether gnomes can be interesting, and then deftly weaves folklore, game lore and his own inimitable ideas together to prove that... Yes. Yes, they can. I love gnomes now.

Dan occasionally blesses us Throne of Salt readers with a splurge off odds and ends, unfinished ideas and stray concepts that are a ripe boneyard for any graverobbing GMs in need of inspiration for their next Frankenstinian creation. This is post no. 4 in his notebook series, and there are some true gems in there.

Where would we be without Goblin Punch? Nowhere fun, that's for sure. Here's some theory on "dynamism" in games, a truly terrific location for adventures with a Damn Good Gimmick in the Lost City of Nibulum, and an encounter roll system so good I want to base a whole game around it. Oh, and here's a class called the Baboonist.

Skerples has gifted us with 1d50 missions for medieval mercenaries, including some of the best quest hooks I've ever read.

I've not come across this blog before but these consumable magic items from Pathika certainly won me over - as did the Dungeon Meshi image used in the post.

Chris McDowall has some good things to say about the importance of information and how to use it when running RPGs. I really like "impact" over "consequences" as a descriptor for what player actions cause within the game world.

Prepare for your eyes to turn into covetous anime sparkles - here's a preview of something the BREAK!! team is working on that looks straight up gorgeous. Check it out!

The Alexandrian is legendary among RPG blogs, and I'm sure you don't need me to get you to give it a read - even so, let me implore you to check out this hugely well-informed post on why system... Matters?

And here's Bryce Lynch with a metric fuckton of adventure writing advice tucked into a box the size of a small blog post.

And if all this RPG advice is a bit much, Daniel Sell has words of wisdom for dealing with writing advice as you make your own RPG things.

For those of us who brave the stormy seas of Twitter to discuss RPGs (hit me up! @CustardFaceKid), it's easy to be overwhelmed or sucked into some really toxic discussions. Sean McCoy has made a thoroughly good-hearted and helpful guide to getting better at using Twitter to talk positively about the things we love. 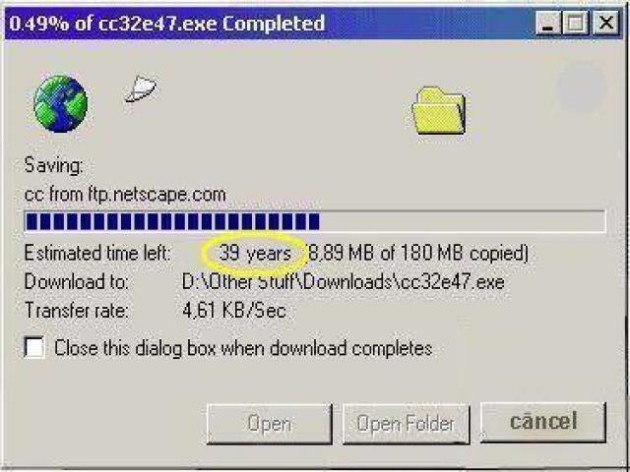 Let's get historical, shall we?

Starting a couple of whole-ass centuries ago! Here's Joseph Manola talking about how Walter Scott was a big nerd who basically could've invented D&D if he wasn't so busy writing poems. Seriously. Give it a read. And while you're over at Against the Wicked City, have a gander at these (actual genuine!) urban superstitions from the 1800s, free to repurpose into terrifying realities for your game.

And now to the history of our hobby itself. As a hot-headed Gen Z grognard barely emerged from my chrysalis, I'm always fascinated to learn more and hear new perspectives on the history of tabletop RPGs. For instance...

Could it be said that the British old school is a different enough strand from the American to warrant its own OSR? Here's the Uncaring Cosmos making a case for just that.

Cecilia D'Anastasio has written a stunning report on a legend most old hats probably know like scripture, and the question behind who really "invented" D&D and the modern role-playing industry... Dive into Blackmoor, and the first ever game of what would be Dungeons and Dragons.

And finally, a glimpse into a brief, shining moment in recent history, and a highlight of play-by-post gaming, as Japan worked wonders with the concept of postcard RPGs. I'm so enamoured with this whole thing that I might have to find some way to do it myself...

In any case, that's all for now! Happy reading, and remember - there's always good stuff on the blogs.

(Got a favourite post from this edition of ICFTB!? Leave a comment on that person's post, letting them know how much you liked it!)
Posted by D. G. Chapman at 07:47 No comments:

Email ThisBlogThis!Share to TwitterShare to FacebookShare to Pinterest
Labels: it came from the blogosphere!
Newer Posts Older Posts Home
Subscribe to: Posts (Atom)
D G Chapman, toymaker (he/they)
You can download the stuff I make through my Gumroad store!