A year of lockdowns have meant fewer games and so less game stuff to post here. Couple that with ~depression~ and a decent amount of Actual Work to keep my gamebrain occupied (currently in progress: Journeylands, various top-secret Mothership things and a real stupid and very fun project with acid lich) and the Guide has kind of stopped being what it once was - a public notebook for me to expunge fun lil game thoughts, just in case they’re useful for anyone else.

This blog was my way into the hobby and while I have a tendency to downplay its importance just like everything else I do, it’s been a valuable constant in my life for several years now. I appreciate all you folks who read regularly, anyone who stops by on occasion, and especially folks who’ve had fun playing games with some of the things I’ve posted here.

I guess my point is I’ve been feeling appreciative of this place lately and wanted to shake off the cobwebs a bit!

So here’s a thing I’ve been playing with for a while now. It’s been a rough concept for a while, first put into action in Jack Rabbit Jam: Battle Roulette, my overambitious attempt at a KS project for my board game project Paradice Arcade. So yeah, nobody saw it lol

I’m using versions in DEADLINE and Journeylands, but those are more meta-structural things, basic trackers that don’t really get into the various permutations of what the mechanic can do.

It started as a combat system and I think that’s where it shines! Or as both in conjunction.

(I made it clear these were just notes, right? A work in progress kind of thing? Ok good)

Ok, so. Imagine if you will a clock with 13 hours. Place a token on 13. Each time you roll to resolve a combat action, move the token round clockwise equal to the result of the roll. When you hit or pass 13, the enemy takes their turn. Repeat until victory or death.

That’s the basic gist - again, if you’ve read DEADLINE you already know as much. But I’ve been extrapolating this thing in all kinds of different ways, and that’s where the fun is for me.

So I guess let’s talk through the implications of this thing and how it can be turned into a “soulsborne” type combat minigame.

(“Soulsborne” video games involve tense combats where every movement is sluggish and deliberate. You have to learn to feel the weight of your various action options, read an opponent’s moves and try to time your attacks, counters, dodges, item uses etc. See this previous post on Monster Hunter.)

Before we begin, assumptions: This is a combat minigame, so using it means combat should be fun and at least somewhat viable in your game. So, not applicable to the kinds of adventure games I often make. Although the adventure game format surrounding this offers tactical infinity, things within combat will be a little more boardgamey and strict. Fighting becomes its own thing with its own rules rather than just another outcome to standard play - think games like 5th Edition with their “roll for initiative” demarcation of play states.

(Also, I don’t have a name for this yet? “Clocks” already mean a thing so I don’t want to call it something confusing. Maybe I just need to build a whole game and name that instead.)

Ok so first implication - rolling low is good. Moving the token 1 or 2 spaces leaves more space ahead of you on the track for more actions this turn.

I’m using 2d6 because this was a Paradice Arcade game first. All those games use 2d6 and a coin or 2 as tokens.

As it stands, there are a few types of roll which correspond to different actions (all names placeholders):

- “Heavy” rolls: 2d6, take the higher. Big, slow and deliberate moves like swinging your bastard sword or loading your longbow and taking aim. Avg 5-6, so that’s likely half your turn gone.

- “Light” rolls: 2d6 take the lower. Quick, light and simple actions. Releasing that arrow, a swift parry perhaps. Avg 1-2, barely make a dent in your turn most of the time.

- “Colossal” rolls (idk I literally came up with that name right now): 2d6. Huge, slow things that will almost certainly eat up most or all of your turn. Probably spells.

No maths or modifiers, natch. Though I’m not necessarily opposed to the odd +1.

Every action will be tied into an item in the inventory (see? It’s practically a board game!). So your boots have an action to dodge, the “arrow” action is knock and aim, etc etc etc. And each demands a certain roll. You’d probably have a L and R hand, and only be able to use actions if the items were in hand, with another action to rummage through your inventory - quivers would make reaching for arrows a free action… You get where I’m going here. Boardgames.

So this is all bringing us to implication 2 - 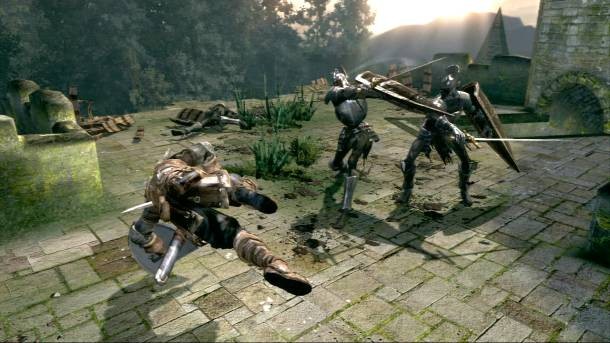 (This is not the term for it, it’s already a term in GRAVEROBBERS for the blackjack mechanic. Damn, I kinda wish GRAVEROBBERS wasn’t a light adventure system so that I could wedge this thing in there, the whole clock/13 thing fits the vibe and numerology far too well. Maybe this’ll end up as a hack pamphlet for that system some day.)

Anyway. When you hit 13 on the money, you’re lucky - your turn just ends. Pontoon, blackjack, vingt-et-un. But if you pass over 13? That’s bad!

Firstly, whatever action you were taking that made you roll and pass 13 doesn’t happen. You’ve been interrupted by your opponent. Some special actions might change things - if you pass 13 with a “shield” or “dodge” action then it doesn’t get interrupted and instead blocks some enemy actions, perhaps.

Second, you’re now eating into your free space for next turn. If you roll way over and end up on 5, that means that once the opponent’s action resolves you’re starting on 5, not 13. So you only have half the space to advance before they go again.

(Hopefully the “timing” element is starting to become clearer at this point! And why I’ve dubbed it a soulsborne type system. You’ll be picking your actions and pushing your luck, doing things like deciding to do a quick dodge as your turn ends to limit how far over 13 you go. Or risking it all on a big roll, missing and leaving yourself vulnerable.)

Third, Overkill. That’s what I’m calling it for now anyway. And to explain that…

I’ve lost nearly all patience for statblocks. A number or two in a MoSh module is about as much as my poor heart can take these days. I’d rather resolve enemies through basics of the system like saves and checks, and general play.

With that in mind, opponents in this system will still need something because everything’s so… boardgames. We’re getting fuzzy here because this is the freshest ink on the wip, but the general idea is that the number you end up on if you pass 13 allows badder enemy actions. That’s called the Overkill. Oh shit I passed 13 and landed on 2, that’s 2 overkill.

So a dragon might always attack on its turn, but on a 3+ Overkill it does fire breath. Or something.

This also means that this system is fairly viable for solo play. ALl my examples here have been about 1 character anyway, and it fits the soulsborne vibe. But I don’t think it’d be difficult to do a party-based fight here. Maybe everyone gets a “hand” on the “clock”, and all your Overkill adds together.

Is all that good? I don’t know.

Oh, the only other idea to mention is using another “hand” on the clock as an encounter roll, a bit like the Etrian Odyssey inspired indicator here. 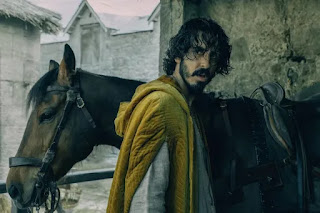 Where this leaves us is with questions about health and damage in this thing, and… I don’t have that sorted out yet. I’d like to bring everything back to the clock - maybe another hand tracks the flow of battle? I don’t want to use classic HP here, mainly because I just kinda decided not to but also I’d like something more dramatic and less gamey. I love HP as a mechanic but I don’t know that it fits here.

Well, I’m writing about all this because hopefully I’ll get to playtest it properly soon! Maybe?

the new A24 movie The Green Knight is finally coming out here next week, I’ve been hyped for this thing for literal years and have pretty much already decided I like it based on the first trailer. And Dev Patel.

Anyway I got the promotional RPG that A24 made back when the film was supposed to come out way back when. It’s in a green box made to look like the old D&D red box, and it’s an actual game with its own mechanics and ideas. Gonna go see the film with some peeps and then come home and play the game over a stein of mead or whatever the fuck

… And I think this “soulsborne” mechanic would fit really nicely as a “duel” mechanic in that game. Frequent Guide readers know my penchant for twisted fairytale pastoral stuff - mix that with the Arthurian legend stuff and some other old Celtic stories, some added Dark Souls vibes and I can totally see this mechanic sliding in nicely.

Dappled light over ruined stone in a forest clearing, facing down against what was once an ancient king and is now a terrible and melancholy beast, nothing but your sword and wits in hand… yeah.

Maybe the fusion will work - there’s no HP/damage in the Green Knight RPG, just an Honour/Dishonour sliding scale, maybe that’s the answer to the damage question. Maybe it’ll be a mess! I don’t know!

Anyway, it’s fun to make up dumb game things and play them with your friends. Being a Professional RPG Person is great and all, but at the end of the day this is a hobby, and there’s only one reason we should all be here - games with mates. Or solo. Playing, is the point.

Here’s to more silly entries in the Graverobber’s Guide, and more playtime to come.

We got to see The Greeen Knight last night and I LOVED it; sounds like you will too.

I love this. I've been thinking about similar "bidding" mechanics for combat, like the one in the CRPG version of Steve Jackson's Fighting Fantasy books: your opponent telegraphs something about their intention, and you choose to Attack or Defend, bidding a certain amount of Power. The game is a min-maxing exercise: you want to Defend using small amounts of Power to wear your opponent down, then use your Power reserves to out-Attack him, then rinse and repeat as needed. I think there's a lot to be said for these "push your luck" mechanics for tense combat. And of course different opponent types may require different tactics.

I like the sound of that! “Bidding” is a good angle

I've read quite a few ultralight combat systems, and this is my favorite by far. I'd love to see it expanded - weapons, monsters, all that sort of thing.

Thank you! That’s definitely the next big step once the basics are done.