Caring for Your 💿🐴: An Owner’s Guide

(Disc Horse was coined by the fantastic Fiona Maeve Geist. Sound it out.)

When first approaching a Disc Horse, check that you are, in fact, a perfect human being. Disc Horses react negatively to people with the wrong opinions, even ones they expressed in the past but no longer hold. They do not believe in personal growth, which succeeds in keeping them safe from genuine bad faith actors or harassers, but makes them difficult for normal people to engage with fruitfully.

Now that you’ve found your own Disc Horse, start out by introducing yourself with a Take. The heat of the Take should exceed your standing in the eyes of other Disc Horse riders around you, but only barely - overreaching with a Take that is too hot for the Disc Horse will cause that heat to be reflected back on you. Try starting with a friendly, banal meme - a “bards are like x; clerics are like y” type format should work well, or, failing that, the old favourite about the “players ‘derailing‘ the DM’s ‘plans’”.

Once you’ve made your first lukewarm Take, you should have a few hundred retweets and likes to get started with. Use this initial boost to make steadily hotter Takes - but, again, be careful not to get too hot just yet. Aim for the temperature of a forgotten baked potato. For instance, try suggesting that games other than D&D 5e exist, or that 5th Edition is “not good at narrative”.

Important: make sure that you don’t criticise or address the actual root causes of these problems/controversies! Taking aim at Hasbro’s capitalist hegemony or acknowledging that D&D is as much a storygame as anything else because of how TTRPG mechanics function in table-centric play are too hot for beginner riders. 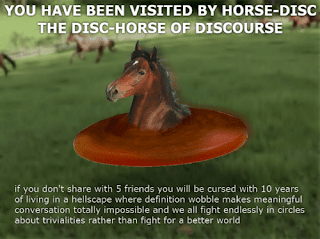 Congratulations! A few thousand retweets later, you should now be successfully riding your Disc Horse. Keep making lukewarm takes and things should be smooth from here on out, until you are inevitably caught being less than optimally woke. Remember to constantly and vocally decry any perceived issues, in order to keep stocked on retweets and ensure that your fellow riders believe in your moral purity and infallible judgement for as long as possible (becoming Not Perfect at this stage is worse than having been imperfect from the start, and can result in Cancellation, a fate worse than death).

A few things to remember:
- Disc Horses are cyclical by nature. Expect to see the same issues crop up daily/weekly. Make sure your reaction is just as outraged, if not more so, each time.
- The method of riding Disc Horses is somewhat different for creators of marginalised identities: ensure that your retweets come from established white, male riders to ensure you are taken seriously.
- For an extra boost in retweets, try featuring on an episode of a Twitch-sponsored actual play run by a member of the North American entertainment or marketing industries! The money involved makes you worthy of attention.
- Even when you are Perfect and Good, some people will still disagree with you. The fact that these people have different opinions than yours makes them inherently evil. If you get contrasting opinions in your mentions, don’t worry - just quote-tweet them with a pithy dunk to score even more retweets!

You can play games sometimes if you’d like, but never forget that the thing really keeping you going is talking about them online. 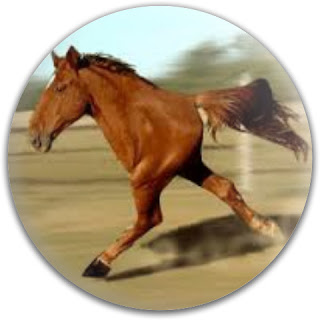 And finally, if you’ll let me be sincere for just a moment...

Never forget that the thing you love, the thing that makes your heart lift or your brain buzz or your jimmies rustle just right, is making games and playing them with your friends. Anything outside of that is chaff. Conversations about or around a thing are part of the thing, but an ancillary one, and not the whole thing.

You may be lucky enough to find other folks who enjoy games with their friends in the same way you do with yours. People from places you’ve never been to, whose stories look so different from your own, united by a shared interest - not an interest in games, but what games can do for people. The fact that they also have friends whom they love. Support these people, and if you like the things they make, do so openly and loudly.

Spend all the energy you would spend tearing harmless ideas down on building up your own. Spend the time you would spend being angry at people you don’t know on being joyful with those you do. Learn why people like things, and move on if you don’t as well. Don’t use tools meant for tearing down structural injustice to tear down people.

Yes - try to be good and kind, listen to people who don’t get listened to enough, and shut out those whose actions or beliefs make them genuinely dangerous. But then - immediately afterwards - get right back to making good* things for good* people. Make ten great games in the time they spend making you feel like you can’t make one. Make them for yourself.

Take time away if you need it. The you that is small and soft and made of juice is as real as the you that is enormous and powerful and will change the world for the better. Take care of each so the other may thrive. We’ll be here when you get back.

If you really, truly, want meaningful conversations about games with people online? Make the games.

And the second you find yourself in anything resembling a “fandom”, ride that Disc Horse the fuck outta there x