The butchers Dannoll and Allas are travelling on horseback along a long country lane, winding through hills, fields and farmland.

No birds sing. Before long, the fields they pass begin to smell. The crops are sickly, wilted and blackened, with each field yet worse than the last.

Hearing hooves behind them, the butchers pause by the roadside, dismounting. Allas hides his silvered hook beneath his cape, small crossbow also loaded and ready at his side - but the precaution is not needed. The riders pass, barely owing the men a glance. These are ordinary folk, peasants in makeshift and scavenged armour, holding old blades and farm tools as weapons.

The butchers follow at a distance, still wary, and come across the ragtag band stopped and deep in conversation, their horses circled and shuffling nervously. A lane leads off the road to a tiny farmhouse, with a hay barn in the dirt patch out back and a field of festering wheat beside it.

The folk argue. Whatever their mission, they’ve faltered, hushed voices raised in dissent. Among the snatches overheard are calls to retreat, to make new plans, and one word repeated - “witch”.

Seeing the butchers approach, and recognising them as such by their bearing and silvery tools of the trade, the leader of the riders hails them. Introducing himself as Ivar, he suggests to the strangers, and his own band, that they could pay a professional to do their work. This seems to satisfy the others, and Ivar asks the butchers their price for dealing with a witch.

It transpires, as Ivar tells it, that crops all through this wide valley have been struck by a blight that has lasted over a month now. After some investigation, he and his militia - the guard for a nearby township - have found the epicentre of the rot to be this very field. Nowhere is the blight worse than here, and it seems to spread from this spot in all directions. Believing a witch’s curse to be at fault, and blaming the woman that lives here, they had come to deal justice... though would be glad of a butcher’s aid.

Seeing that these are poor folk, and wanting little for coin, Dannoll suggests that they be paid in supplies for the road. The group agrees, turning to head back along the road, eager to leave.

The pair, glad to ply their trade but still apprehensive, approach the farmstead. 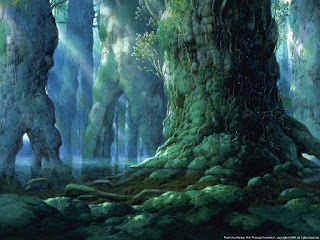 Aaaand if you want to know what happens next, come back next time.

The above is an actual play report from the first ever session of a new game I’ve been working on for my home group. Here’s how this all came about:

Dec 24th: Watching the new Witcher series (a solid 3 Stars from the Graverobbers Guide) with my partner, I remember there’s a Witcher tabletop game. I browse the pdf on my phone that night, imagining it might be fun to try with my group, the rest of whom are fans too.

It doesn’t seem like my kind of game exactly, so I begin houseruling in the back of my mind. By the time I fall asleep, I’ve scrapped most-to-all of the original and am considering making a new system.

Dec 25th: No time for work. Food, family. The ideas bounce around the back of my brain.

Dec 26th: Yes, this’d make a decent game. Not much more thought put into it, though the ideas are more solid now. Departed from the inspiration somewhat. Finish the series (very much 3 Stars).

Dec 27th: Ask folks round for games the next evening.

Dec 28th: Scribble my ideas on the back of an envelope, think up a quick starter adventure. Playtest over dinner.

It was a hit. I’m having fun with this one. Some notes on the system so far, since I know that’s what you’re here for:

- kind of still the Witcher but also Monster Hunter and a dash of Etrian Odyssey, plus tons of my own low fantasy preferences - big themes of Nature and humanity’s odd place as being both Of and Outside the “natural order”, and also how that natural order is harsh and amoral. Early Britain and Sengoku Japan and all my faves.
- aggressively picaresque, fuck a monomyth. Episodic adventures that feel like short stories or Witcher 3 sidequests. Still tweaking the tone but it’s much more Mononoke now.
- Combat as sport?! But still brutal. Weird mechanics, PCs do one roll that governs a bunch of details and that’s their turn, HP is different, there’s aiming and hit locations are a thing. Already sounds disgustingly crunchy compared to my normal fare but it’s oddly seamless in play. Calling it “investigative combat”?
- Magic is magical, no spells or anything. There’s alignment but it’s different and also good now
- monsters need stat blocks because of how some mechanics are but it’s hugely fun to write for (while I normally spend literally 0 time on that kind of thing) and I’ve never seen players more engaged in a fight.
- Easy to GM once the prep is done (took me an hour? Prewritten adventures wouldn’t need a second). Never felt bogged down by mechanics, most of that is player facing and seemed intuitive enough.
- Planned for an hour’s character creation + mini adventure, played all evening. We were all into it, plus lots of feedback which is great.

Been drafting a rule book and it’s pretty much done barring further playtests. Miiight do a ZineQuest?

Also I want to try and do at least one con this year so if you do UK RPG cons and know a good one, bug me to come and I’ll run a game for you.

Next post will be the next instalment in the play report, with any progress on the game made between now and then. (General trigger warning for the rest of the story as it deals with some darker themes, but if you’ve played or watched the inspirations I mention above it’ll be nothing you can’t handle.)
Posted by D. G. Chapman at 05:21