A short autumnal sidequest for your fantasy game. 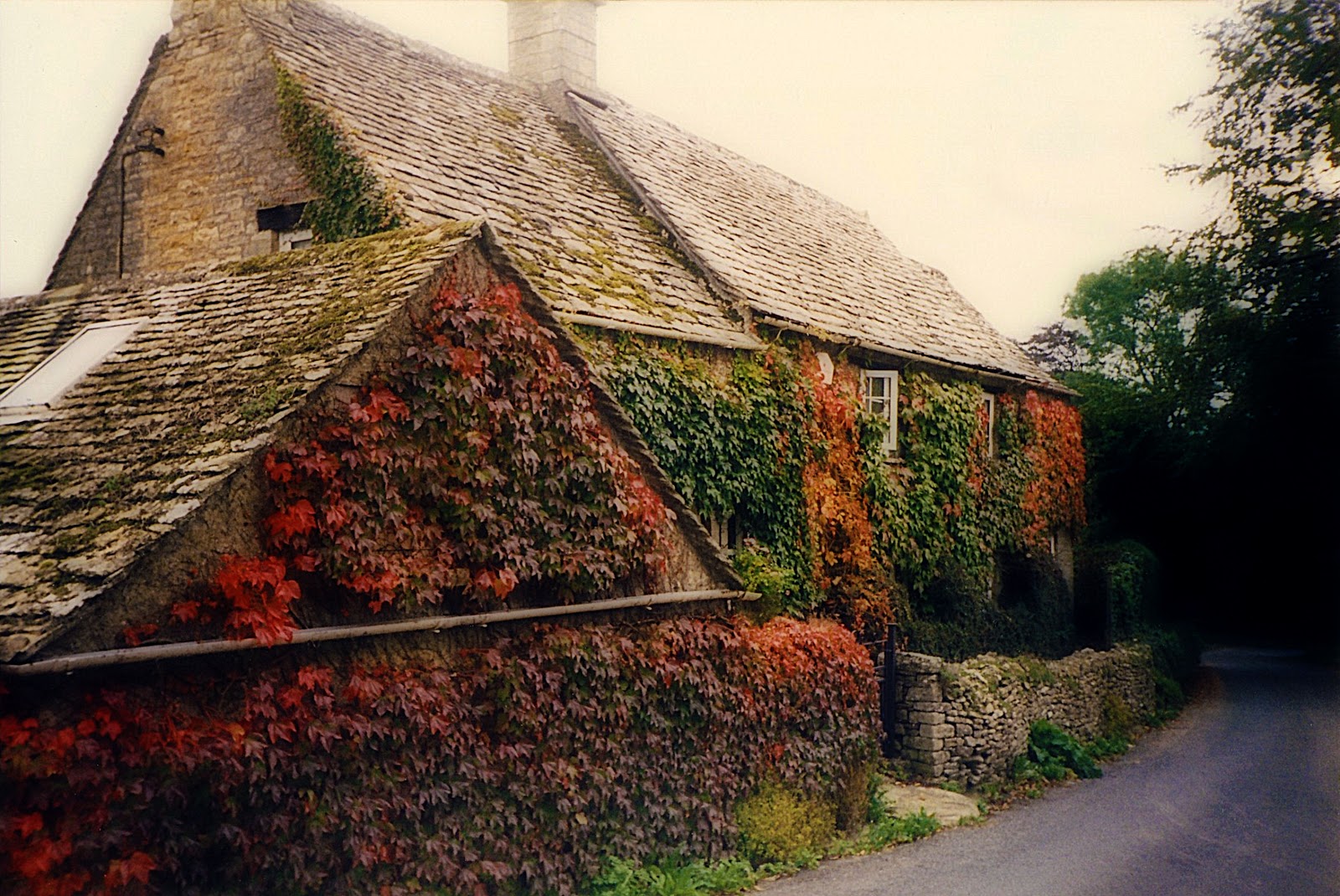 Hilda the witch hasn’t been at home for a week, grumbles the baker, and the townsfolk are growing restless with lack of potions and poultices. You ‘venturing types, maybe go up the hill to her cottage and see what’s to be done?

A fat toad sits on the porch of the old cottage, smoking a pipe. He holds an empty leather pouch, and keeps a roll of parchment under his little bulk as if he were a paperweight. On the parchment is scrawled a note: “Away for a spell! Take care of yourselves x”, along with a brief to-do list and promise of reward to “any sweetheart willing to take the time”.

To-Do List:
- weed the garden
- clean the chimney
- check on the mousetraps

For each task completed, the toad’s pouch fills with thick gold coins.

The witch’s little cottage is a ramshackle affair of red brick, timber and thatch, lit by black candles and dented brass lamps. There are drying herbs hanging from low wooden beams and thick dusty glass is shoved into misshapen window frames.

There is a cauldron by the hearth, and on a tall and crooked set of shelves there are books full of scrawlings and notes, along with recipes to conjure up all sorts of goodies.

Useful Finds on the Bookshelf

1: Gardener’s notes: how to bake conkers into a 2d4 flail (breaks on a nat 1), and notes on dealing with weeds (they love bad or dirty jokes, so distract ‘em as you whack ‘em).
2: A cauldron recipe. Heat eye of newt and wing of bat in mother’s milk or virgin’s blood to make a potion that restores health but causes deep confusion.
3: Recipe. Snap a few twig-men into a porridge of grass grown over a pauper’s grave, and the concoction will make any plants grow a month in a minute (and not stop until they die).
4: A tincture of strained Gant’s root and a few common dried herbs cures vomiting, or any ailment caused by a ghost (other than a haunting, although it will still piss that ghost right off).
5: Stand in the cauldron and run the rolling pin around the rim, recite the incantation and give it a little kick (1st level spell cost equivalent or some pixie dust), and the cauldron flies, piloted by the caster.
6: An empty brown paper package of Rat-B-Gone: “You’ll never need mousetraps again!”.
7: A concoction made of ground chestnuts, spices and goat’s milk not only tastes divine, but with a little magic (1st level spell cost equivalent) it can restore rotten food to a fresh and edible state, as if it were just out the oven.
8: A reminder scrawled on a scrap, “Note to self: refill Gordon’s bottle”. Found with the scrap is a baby’s bottle with dried goat’s blood clearly caked on the inside.

The garden has one old, gnarled chestnut tree, leaves yellowing or fallen. A good rummage in the brown leaf litter finds you 1d4 conkers, which are decent throwing weapons.

There is evidence that a goat lived here, but no longer. A trail of hoofprints leads back into town, where the nanny is chewing on a young widow’s laundry line.

To one side, by a hedgerow, is an allotment. Turnips are planted in a row, with spiked and choking weeds growing between them. The weeds are a 3HD monster, afraid of fire but not weak to it. A ribald or terrible pun will stun it for a round in fits of susurrating laughter, but that trick has less chance of working each time it is tried (certain, then 1-in-6, then 2-in-6, etc.)

A tricksy sprite called Gordon lives in the chimney, and rubs soot anywhere and everywhere he goes.

He is immune to fire, and a devil to deal with – go to the bottom of the chimney and he’ll climb to the top, go to the top and he’ll hide at the bottom. Quick hands might just nab him, assuming you can get at him first.

He acts like a petulant child if told to leave (“Won’t!”), but might be persuaded to come out of his own accord by a pretty face or the promise of fresh blood to drink. Only once he’s out can the flue be swept.

Rickety wooden steps lead down into the stone basement, easy to take one at a time but save vs tripping if you try to rush or flee. There is no light down here.

Giant steel traps with pointed teeth lay in wait. These are the “mousetraps”, animated golems the witch keeps as pets. Act like friendly dogs, but will messily devour a helpless animal if left alone with it. Everything seems to be in order down here – thanks for checking on them.

Also in the basement are two barrels, one empty and one full of good wine, as well as a sack of dried pasta and a few cuts of cured meat. 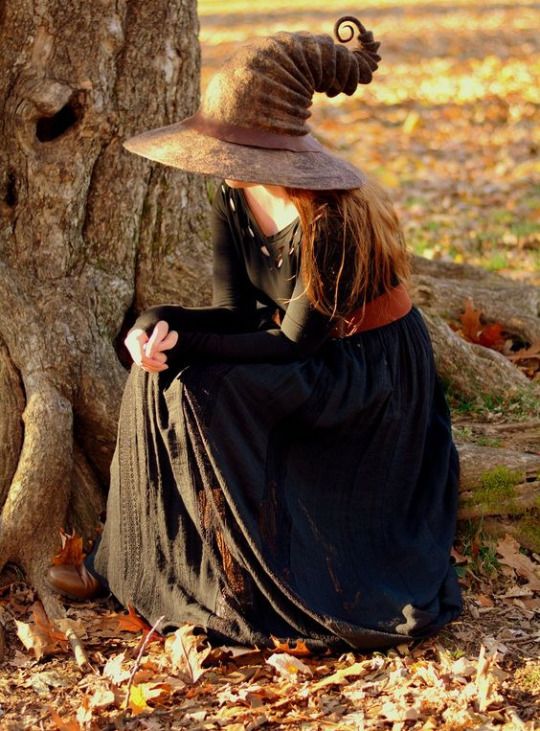 Hilda was looking for her black cat Quentin, who got lost in a nearby wood. She returns in a day, thanks you for your time and offers a magic potion as payment (an acid that dissolves only glass and hair).

If she's happy with your efforts, she may become smitten with the most eligible party member, and offer them and them alone to stay for a nightcap (and the rest! If something comes of the relationship, the character may now level up as a Witch*).

1: A copper owl with a hollow, stoppered interior. It flies to fetch water from wherever the nearest source is, but does not guarantee clean water, isn’t fast and is only small.
2: Wellies that leave no footprints in mud.
3: An umbrella. Like all umbrellas that lay gathering dust for 8 years, it has grown an eye and a very long tongue, and can follow basic commands from anyone magically able.
4: Onions that cause whoever cuts them to be unable to wield weaponry for a week. (They drop any held weapon as if burned, and weep until the thing is taken from their sight. Every time.)
5: Soap that cures magical afflictions of the skin, removes unwanted tattoos and smells of figs.
6: A scarf that can hold a weapon or tool and wield it according to its wearer’s will, though with very little deftness or finesse.

Having a colour palette in your notes is a good idea for running any adventure. If you ever want to describe the colour of something to the players, force yourself to use an option from the list.

* I'd use the class from the excellent Black Pudding zine, but there are several OSR takes on a witch class out there.

EDIT: thought of something to add

There are three main locations: the basement, the cottage, and the garden. Each has a subtle but distinctive smell.

When the players move from one to the other, describe the "scene transition" briefly by the difference in smell.

eg: "you leave the comforting smells of the upstairs room behind and descend into the dank of the basement"; "you head back out into the garden, the fresh, earthy scent of it once again filling your lungs"

Beyond this, specific items or areas can stand out due to their smells: the sooty, burnt-wood chimney flue, the faint acrid tang of the rat poison bag.
Posted by D. G. Chapman at 06:01

I think I'll use this as an option for unlocking the witch class in my Dolmenwood campaign. It's lovely.

I don't know if you'll read this, but I just finished running this adventure and averybody had a blast, and most of the merit comes from the adventure itself. this is how it went: they got to the witch's house because 2 of them were searching for a particular amulet (we rolled on mimics&miscreants bonds table). they were cautious to go in, but there was no danger, so I had the furret of one player go in, chasing the toad. They examined the room and found the baby bottle and the notes on the weeds, and the Rat-B-Gone box. they went to the basement to check on the traps. there was a barrel of wine that was treasure and a couple magic items, but they didn't touch anything casue they were afraid of the traps, even though the traps were friendly. Then craziness ensued. They managed to catch the sprite and realized he drinked blood, so they went looking for the goat so they could slaughter it and collect its blood and offer it to him, so he would tell them where the witch went. they found the goat, caught it and went back to the house. they slaughteres the goat in the witch's house and collected the blood in her cauldron. Since a magic cauldron would have magic effects on whatever's inside, I improvised and said that the blood transformed into a sort of blob, and then wore the cauldron like a shell snail and went in the garden, only to be attacked and eaten by the weeds. Session ended there. People were happy. They found it exhilarating when they learned that the weeds liked bad jokes, and that the traps were alive. The scenario is great.

Thanks so much for your comment! I’m very happy that you and your players had a good time :) Sounds like your improvisations were exactly what your players needed, that’s good GMing! I really like the cauldron snail