oh god not another one

BUTCHERY is in its final stages of development, Paradice Arcade is a go (and will have a small Kickstarter later this year for its first “non-mini” game!), and GRAVEROBBERS is pootling  away in the background as ever.

Obviously, my game design brain cannot let me rest, and so another brand new project is needed. I tweeted about this and a couple of folks seemed interested, so I figured I might as well spill the beans even at this early stage of development. I think there’s some value to doing things relatively out in the open, letting people in from day 1 as it were. Anyway. 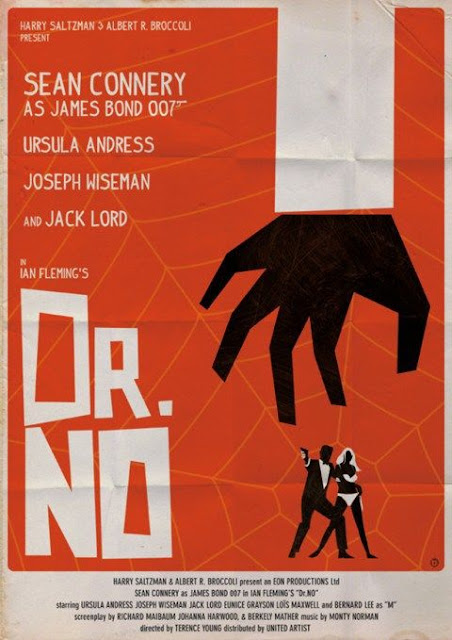 DEADLINE is a set of rules and tools (I’ve stopped calling rulesets “games” for the same reason that a LEGO kit with a spaceship on the front doesn’t market itself as a toy spaceship) for tabletop roleplaying adventure games (like, OSR or whatever) in an underworld of intelligence that never was, inspired by the superspy thrillers and Cold War chillers of the 1960s.

The idea came because I wanted to do a game, any kind of game, where the players are the shadowy intelligence agency that oversees these classic secret agent capers. That seemed fun to me - being in a kind of “mission command” position, as M or Q or whoever, the folks the movie cuts back to when the spy talks into their earpiece, looking at maps and personnel files and overseeing operations.

I like heists for the same reason, hence GRAVEROBBERS - a plan coming together and being executed under pressure, while your enemies are, hopefully, none the wiser.

I tried doing a board game, and bounced off a few ideas, then decided on an RPG. The fun bit of RPGs for me is the adventure game aspect, exploring a situation or world, collecting and utilising information and items, devising and executing your own plans. That’s the whole point of the games I play and make, and those elements of the playstyle at least seemed like a good fit for the genre.

As I saw it, though, there were two big problems with doing a spy adventure game. I think I’ve fixed them? 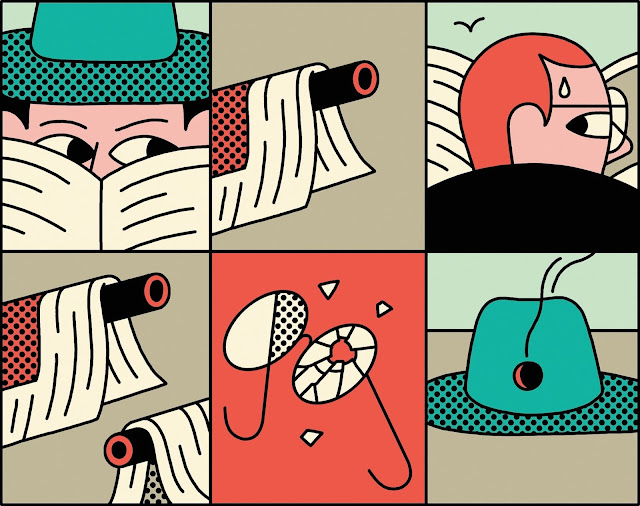 The first is that James Bond (who honestly didn’t come into my head until later, my first points of reference were The Man from UNCLE and Spy x Family and the less fashy Tintins) works alone. There are tons of workarounds to this though.

The obvious would be to ignore it and do a team narrative (Mission Impossible does this great already) but there are already RPGs that do this and it seemed a bit obvious. Since I had it in my head to focus on the agency over the agent, I could’ve done a Jason and the Argonauts with one OP character and their lackeys/support, but that just doesn’t seem fun to me. Given the option, everyone would want to be Bond.

So in DEADLINE, the GM role is fulfilled by the person playing the Agent. They have something called the LIFELINE system, an in-universe device that keeps them in constant contact with HQ. The players are still controlling the character in the exact same way they’d control adventurers in D&D, and the GM still has the same job - describe situation, players make decisions, describe how situation develops - so gameplay is exactly like a typical OSR or adventure type game. The only difference is how it’s couched in the fiction. The GM isn’t reporting on the situation as a semi-omniscient arbiter of the action but as the agent in the field, and the players aren’t making decisions as the characters in the field but as, in-fiction, semi-omniscient arbiters of the action.

I can’t quite picture how difficult or not this will be for players used to other games to get to grips with, but to my mind it’s pretty simple? “You enter a room, there’s a locked door” becomes “I’ve just entered the room, looks like there’s a locked door, over”. “I wanna try my lockpick on the door” becomes “Agent 99, you should have been outfitted with a lockpick for this mission, disguised as a fountain pen. Try it on the door.”

And LIFELINE being a Thing That Exists draws attention to the primary play mechanic of ttrpgs - communication. I hope this will encourage GMs and players to be more open and talk through descriptions and plans more, leading to better play! Also I hope changing “you have to be the GM” to “you get to be a cool spy” makes more people want to be GMs :D 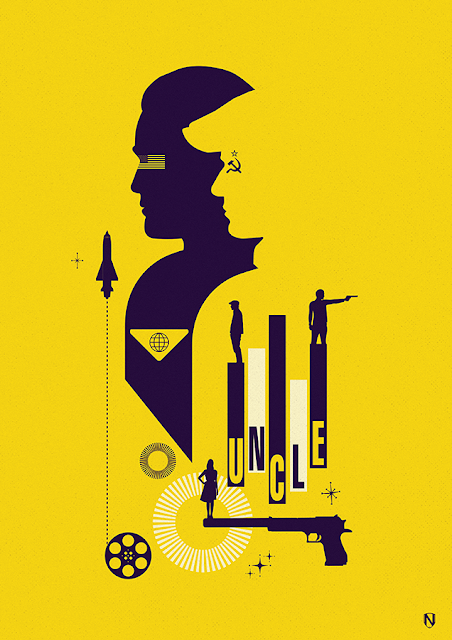 The other Big Problem with playing an OSR game as James Bond, other than that there’s just one of him, is that he’s really good at everything. He has bad luck and loses fights, but he always wins overall, and his basic capabilities as a character far outstrip, say, a level 0 farmer in DCC. We never doubt the danger, but we also never doubt that he’ll succeed at anything he attempts. Not exactly “roll a d20 and see what happens” material.

OSR games enforce the playstyle I mentioned above - planning, creative problem solving, careful exploration - through not only making the world perilous, but the characters frail. A secret base under a volcano is a perilous dungeon, but Sean Connery is more than up to the task, removing that sense of threat and therefore the tension that necessitates an “adventure” playstyle.

I’m sure there are other ways to solve this, but in DEADLINE I decided to mechanise the concept of threat. This might seem abstract and game-y, but RPGs have been doing it from the start with HP - only HP focuses on physical threat. I took a leaf from GRAVEROBBERS, where Luck (“HP”) can be lost through the treat of being caught as well (it’s a stealth game), and in which any failed roll results in loss of Luck (thereby discouraging rolling and encouraging creativity, more on that here) and took it one step further.

Now, all rolls result in the game’s equivalent of HP loss, advancing the DOOMSDAY clock closer to failure (hit midnight and it’s game over, roll up a new agent). There are two big differences - you don’t know how far you’re going to advance the clock (that’s what the roll is for), and all rolls succeed.

In the fiction it’s abstracted as the Agent “falling back on their training”, basically the agency throwing their hands up and leaving it to Bond to do his thing (which literally matches what the players are doing! ludonarrative assonance, yum), who succeeds at the given task but in his own reckless, cool-guy way, which can alert attention or leave clues or otherwise jeopardise the mission. You can explore the area, find clues, investigate and devise a plan, all without rolling - or you can roll and hope for the best.

This puts the players firmly in the role of those folks back at HQ, trying desperately to find answers and keep the situation under control, with a highly skilled but strong-willed agent in the field enacting their orders - to the letter, if with a little flair. If you’ve seen any Bond movies, or any of the similar things I’m drawing from here, you’ll recognise the dynamic. I’m hoping players of DEADLINE will too.

Also, mechanising the threat means the Agent (GM) doesn’t have to stat enemies or anything, just make up a cool mission. That, and I’m going to give notes and a few random tables and whatnot - I foresee DEADLINE being very easy to run. 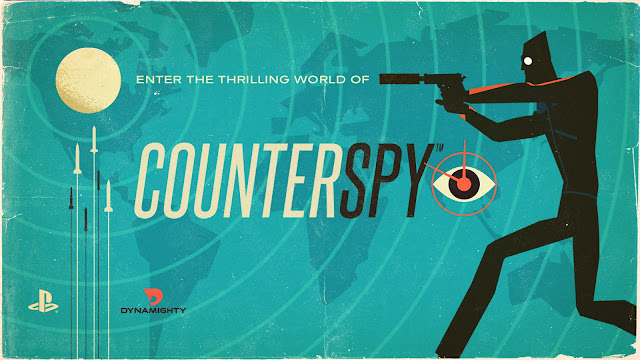 And, uh, that’s it? That’s almost the whole game mechanically, it’s very light, just how I like em. As I said I’m working on a draft rulebook, if you like the idea of this and want to see more then yell at me about it and I’ll oblige.

Stay tuned for more, I guess?

I really like the idea of abstracting "HP" in different ways that affect both the literal game mechanics but also fictional positioning in unique but consistent ways.

I love this idea of "saves" / skill rolls / etc. always succeeding (more or less), but there are still consequences in how it affects the doomsday clock, and it's still probabilistic. I can definitely see myself using this idea in other contexts as well, but it fits the superspy genre very well.

I take a very different approach to HP in my Eclectic Bastionjam game which I really need to submit soon, Maximum Recursion Depth (shameless plug:

Your example of the lockpick just spun about a dozen wheels all the way up to max in my brain.

Also, once the mission parameters are determined, all the handlers gather round and say "this will be tough, we will need someone who is [discreet / reliable / precise]" or whatever, and then the DM says "Agent {d1000}, reporting for duty" with all of those traits and just, yes.

Glad you like it so far! Yeah all those are exactly what I’m going for here so I’m glad that comes across

I like the look of your jam game, seems like the character creation puts out some great, unique adventurers

I really like d1000 for agent names, dang! Unfortunately I’ve already told myself this one’s gonna be d6’s only