So-called stage magic is harmless light entertainment, with all the spectacle of a real illusionist but none of the creeping dread that one of these spells may misfire and summon a demon.

Court jesters, then, are rarely true wizards. On the contrary! The fun of the show comes from the acceptance that what one is seeing can’t be, and yet is, happening; magic, however eldritch, is very much real, and therefore not particularly awe-inspiring. Anyone knows a wizard can breathe flame – but how did that dancer manage it?! 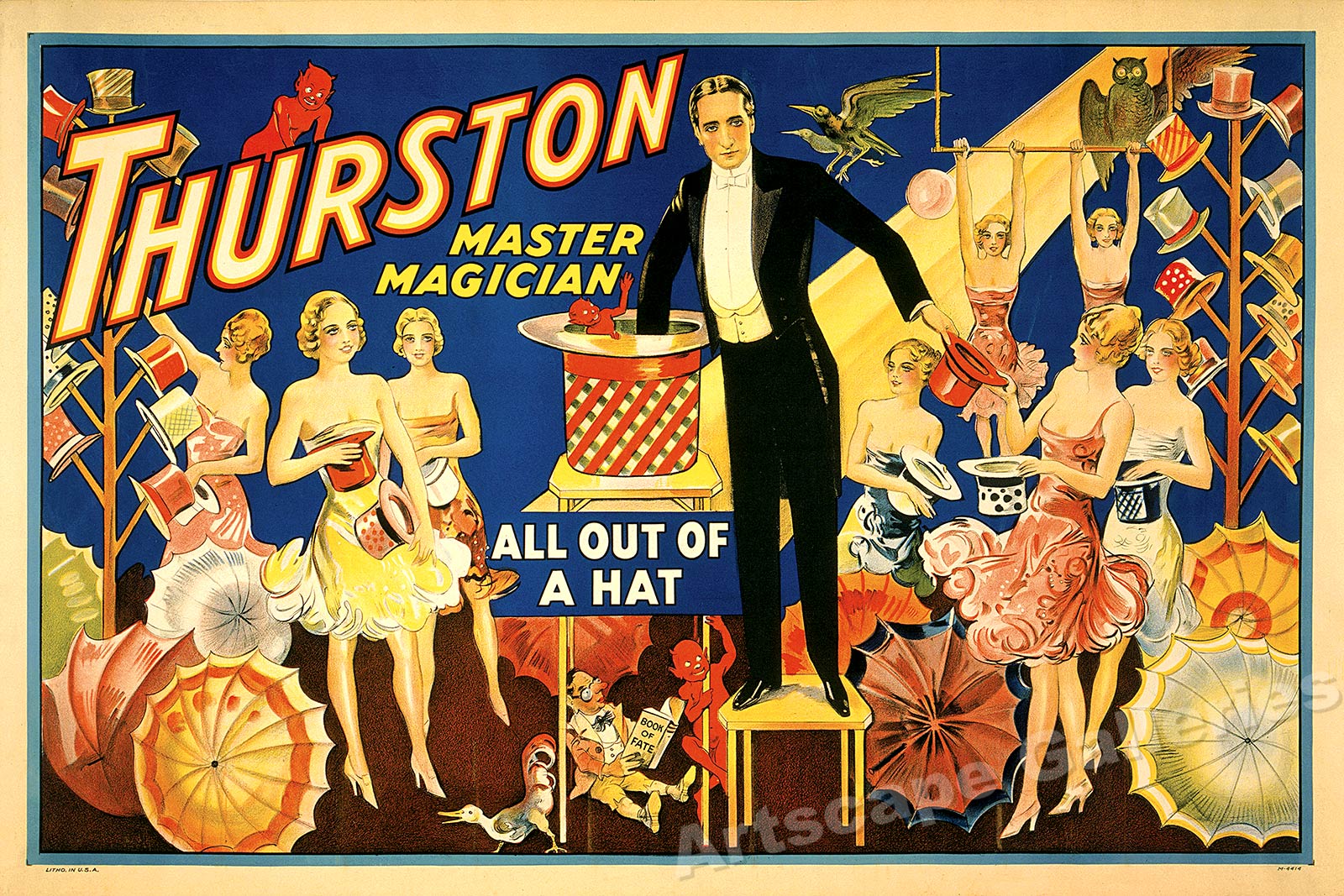 Recently, performances have evolved from simple imitations of mages and turned misdirection and distraction into their own art form, playing as part of vaudeville and burlesque shows or in gambling halls and circus tents, entertaining the paying public rather than nobles at court. The modern practice is inseparable from casino culture, with many performers incorporating tests of chance and skill to wring money from any punters trying their luck.

Traditional wizards scoff at these mundanities with all the self-important superiority of an elf discussing human wine. But newer, younger mages, unbound by the self-imposed shackles of academia and seeking new frontiers to breach, have found something of value in the philosophy and artistry of the harlequin’s patter and performance.

A new movement in wizardry has begun in earnest, bringing with it a fresh attitude and all-important sense of style. Among the youth, performance “magic” has begun influencing the real thing. 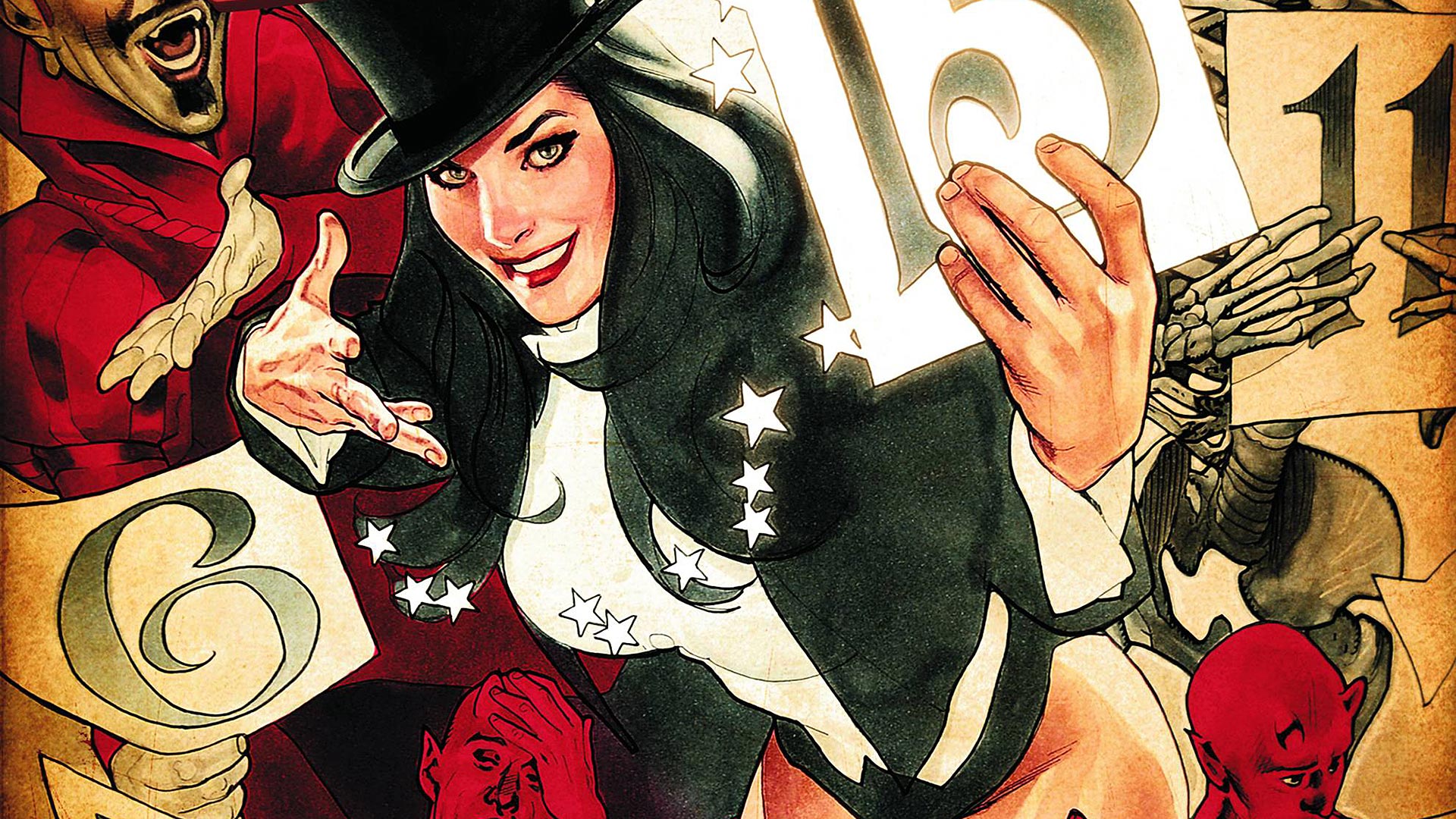 aka Prestidigitator, Casino Witch, Lady (or Gentleman etc) of Luck

You gain the following upon taking this class: special Garb, skills of Distraction, either a Familiar or some good Luck, a Trick, and an Extended 1st Level Spell List.

Magiciennes dress as if for the stage, whether in actor’s finery or something more elaborate; the skin-tight suit of a tumbling harlequin perhaps, or a smart tux and tails, the slacks often swapped for fishnets (an element of the tease is hardly out of place). The aim of the game is distraction, darling.

Masks are not uncommon, ditto capes. Full drag isn't unheard of either. Some punks have even taken the heretical step of swapping the classic pointed wizard’s travelling hat for a sleek black top. And don’t get me started on what kids think passes for a wand these days…

Roll for a motif or emblem, if you feel you need one.

1: Playing cards and their symbols (perhaps one in particular – draw a card).
2: Gambling accoutrements: dice, roulette or the slots.
3: A game such as chess or dominoes, or a particular piece.
4: A rabbit.
5: A rose.
6: A bird, likely a dove or magpie.

(This is a mundane skill, not magical – you are persuasive, entertaining, alluring, or likely some combination of the above.)

If your system uses Reaction rolls and/or Talents or Proficiencies:

You gain +1 to Reaction rolls against anyone who might find your magic, appearance or mere presence diverting. This doesn’t include other mages, who find you a bit much.

You are Proficient with sleight of hand and performance.

Your familiar, if you have one, has these same skills.

When meeting a person or intelligent creature who might find you or your craft diverting, you have a 1 in 6 chance to command their attention. Your familiar has this same ability.

You can reroll this skill once on an audience if you cast a spell they have not seen before.

Those who keep the tradition of spirit-servantry put their own spin on it; the old-fashioned cats, rats and toads simply won’t do.

1: Your hat is itself your familiar. A post-modern approach.
2: Your reflection, though the scope of its ability to aid you is limited to the World on the Other Side of All Mirrors.
3: A white dove.
4: A white rabbit.
5: A white jackalope.
6: The Glamorous Assistant. As a magical hireling, but is unskilled with all tasks other than helping you with spells and other wizardly pursuits (y’know, familiar stuff), or generally making you look good.

Some of the new school eschew familiars altogether; instead the spirit they focus on channelling is that mysterious and seductive force known as Luck. With faith and good favour, they are capable of turning their personal fortunes around. (Miscasting spells because the fates demand it? That’s for the birds.)

Instead of a familiar: Once per day, roll d100 under your level to gain a Luck point. Spend this point to reroll any one die and keep the better result. You may have one Luck point at a time.

Little twists of cheap magic that absolutely do not follow classical spell procedure. In fact, they are closer in nature to the dirty, bastard magic of common thieves – the magic is all in a flourish of the hands and a flick of the wrist.

Consume no mana or spell slots while casting these, just do them whenever.

1: You can create lights like tiny fireworks and hold them in your hand, snuffing and relighting them at will. You can also hold light from other sources, snatching it out of lamps and the like.
2: You can pass weapons through matter without causing any damage, if you wish. To switch between damage and no damage, the weapon must be completely removed and then re-inserted.
3: You can keep one small thing at a time in your hat, making it disappear from reality until you need it again. Living creatures other than your familiar do not survive this process.
4: Coins and similar small treasures you hold can be disappeared safely, up to an amount you could carry. To get them back, “find” them (behind an ear, in your mouth, from your cleavage, etc).
5: You can levitate yourself or someone nearby several feet off the ground, straight up and down only (once they’re up there you could always pull them around like a balloon or something).
6: You can instantly undo any non-magical ropes, handcuffs, or other restraints that bind you.

All magiciennes can also use these flourishes of their hands for very light telekinesis: straightening their bow tie, brushing dust from their lapels, that kind of thing. 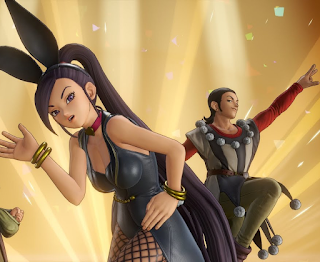 Magiciennes have access to these spells as well as the standard wizard spell list. The first time a character levels as a magicienne (including creating a character at level 1), all new spells must be taken from this list.

All Eyes On Me: Everyone nearby who is aware of your presence, or becomes aware of you during the duration of this spell, is unable to focus on anything else but you. Their opinion on you doesn’t necessarily change – an enraptured audience is still just as invested, an angry mob still just as bloodthirsty – but they fail to notice other details about their surroundings, including anyone else who might be nearby. This spell lasts a number of minutes equal to your level.

Check Your Pockets: A single small item currently in the possession of a nearby target – something they are holding, carrying or wearing – disappears and reappears on your person.

Eyes on the Prize: Any single small item which you possess or which you have concealed somewhere is now in any other location of your choosing. You may continue to move it around for 1 minute.

Is This Your Card?: Target one nearby item and one nearby person – you learn the significance, if any, of each to the other (in broad strokes, nobody wants their life story).

Now You Don’t: If you are unobserved, you may teleport to any nearby location in which you would also remain unobserved (this spell might fail because you were being observed but didn’t know it, in which case you magically discover who’s watching you).

Puff-Puff: Has an X-in-6 (X = your CHA modifier) chance of distracting an enemy to the point of total inaction until you leave their sight. On a failed roll, they are distracted by you for one round, but not to the extent that they can’t act.

Quick-Change: Instantaneously create full outfits matching any you have seen for a number of people up to your level. This spell is a conjuration, not an illusion – so any clothing you create actually exists for the spell’s duration. The spell ends in moonlight or by your will. You may conjure clothing directly onto the person of yourself or any willing targets, but any clothes they are already wearing are consumed by the spell.

Sawing the Lady in Half: You split a target at the waist, their legs and abdomen now separate from the rest of them. They remain alive and healthy, and may still control both halves. They are restored if the halves touch. Unwilling targets must save vs spells.

Squib: Upon being slain in battle, you in fact only appear to die for a moment – regain 1 HP. It’s not a lasting illusion, just a moment of magical misdirection: from the start of your next round, anyone who cares to check can tell you’re still alive.

Switcheroo: You and a willing person or creature on the same plane of existence swap locations.

Think of a Number: You command a target to think of something, anything – their true name, the password, the place they hid the body. Whatever it is, they think of the truth, and you read that single thought telepathically.
Posted by D. G. Chapman at 07:27

I like this as a way of adding a bit of modern (or at least Victorian) flavor to the wizard. The hat as familiar and reflection as familiar are both nice, creative touches - although of course I like that you might end up with a dove, rabbit, or beautiful assistant. The wand or cape might also make decent familiars as well.

If I understand correctly, you can use the "trick" as often as you want, but the "spell" only once a day? I'd be tempted to add one more spell, and have the starting character roll a d12 for one of these as a bonus spell in addition to their usual spellcasting.

Yeah the spell would be just another one on your list, so once per day in your average system. I like having it as separate though, or maybe just replacing normal spellcasting? Depends on the game.