Because I don’t already have enough projects to be getting on with*, I’ve come up with a small (ha!) personal project I’m going to be undertaking in my spare time**. Using the framework of my “borrowers”-style game, it’ll be a solo version for one young person to play on their own. I’ll print it very small, fold it up, put it in a mints tin with the tiniest dice I can find and all the Starting Items, and probably keep it or give it away for free at a convention if i ever do one.


* a disgusting lie
** not a real thing that exists 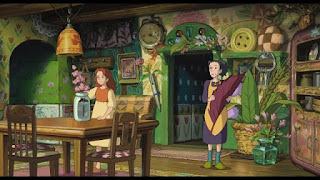 Pretty much the Exact same as the original game, will tweak resolution mechanic to support some Stats. Don’t really need much more to make it work solo since the D the DM would be M’ing is pre-M’d.

(Sidenote: Someone translated the original game into French?! So that’s a thing that’s on the internet somewhere. Don’t remember what the name was but it was a solid translation choice from “borrower”. I miss G+.)

A fun quiz that also functions to fit the character to the Dungeon and makes sense in-fiction. So questions like “If your home has pets, get +1 Animal Friend for each pet; if not, get +1 People-Dodger for each person”

“Get +1 Climber; also, imagine you were very small and decide what the easiest thing in your home would be to climb to the top of. This is probably what the Brownie practiced their climbing on, so get +2 __ Climber (Bookshelf Climber if it’s a bookshelf, Armchair Climber if it’s an armchair, etc)”.

Literal items in the mints tin. A button, a needle, some thread, an old board game piece, etc. No descriptors like how the needle “is” a sword - it’s not, it’s just a needle - so the player can more easily make up a load of mischievous uses for each item. The Brownie can do whatever makes sense with them.