I'm examining various bits of the game design process, through the lens of making an RPG from scratch. Welcome to Design Doc!

Last time we covered our game's classes. I actually wasn't totally happy with the results, I've already gone back and started tweaking them, but the point is to have something solid to start things off with, something to work from.

Anyways, this game's looking pretty playable at this point, right? I mean, we have character creation, a resolution mechanic, and enough bits and pieces to be getting on with.

One thing's missing though - our combat is still all virtual. Our characters are hackers, but the rest of the world isn't - so when our PCs draw their Troubleshooters, wouldn't the guards just pull out real guns? Our system can't yet resolve physical danger, one of the most important things the rules should govern in this type of game.

But we're not sticking on an HP system or saving throws - we've got enough of that already. Here's the mechanics I'm using to resolve danger and tension in Action Scenes.

We resolve so much in RPGs through simple conversation. You don't need mechanics for everything, and in a light, OSR-esque game like this one, the fewer rules the better.

So why am I adding more mechanics just to resolve one type of scene? Well, I touched on it waaaaay back in this post, but lethality is something games like this need. Death is part of the stakes, it's important to the setting and the tone of the game, and HP loss leading to death is a great mechanic. Fuck up and you lose your guy! Try again.

We can't just rely on "pew pew" "i hit you" "no you didn't", we need rules to take this decision out of the hands of the players or the GM. The game itself has to be lethal, because death is a wonderful antagonist that the group can all rally around together, and a logical consequence of the game's fiction.

Like I said, I don't want a whole combat system here. It's too complex, and besides, we have one already, built into the core resolution mechanic.

Here's what I'm going with, using a term I first put into Journeylands that I like very much.

When the players enter a situation in which they are in physical danger, the GM may choose to declare an Action Scene. In an Action Scene, each player takes turns describing what their characters do from moment to moment as a situation progresses. The GM decides when these scenes begin and end, based on what occurs in the game.

A player gets one significant action on their turn, which may or may not involve a roll - if it does, they may roll only once. Action Scenes are divided into rounds. When each player has taken a turn, the round ends, and a new one begins if the scene has not yet resolved. Each player gets one turn per round, in any order they choose.

If a player fails a roll, their character is considered to be Endangered. The nature of the danger depends on the situation and the action being attempted. If a character - their own or another player's - does not use their turn to resolve the immediate threat that an Endangered character is under by the end of the character's next turn, the character loses 1 point of their Physical stat.

A character whose Physical stat is reduced to 0 is dead. Characters may restore lost points in their Physical stat during the downtime between missions.

It looks a little complex in its current wording, but it's really very simple. I'll word it more nicely in the book. "Endangered" probably needs to be called something else too, they're not porpoises. 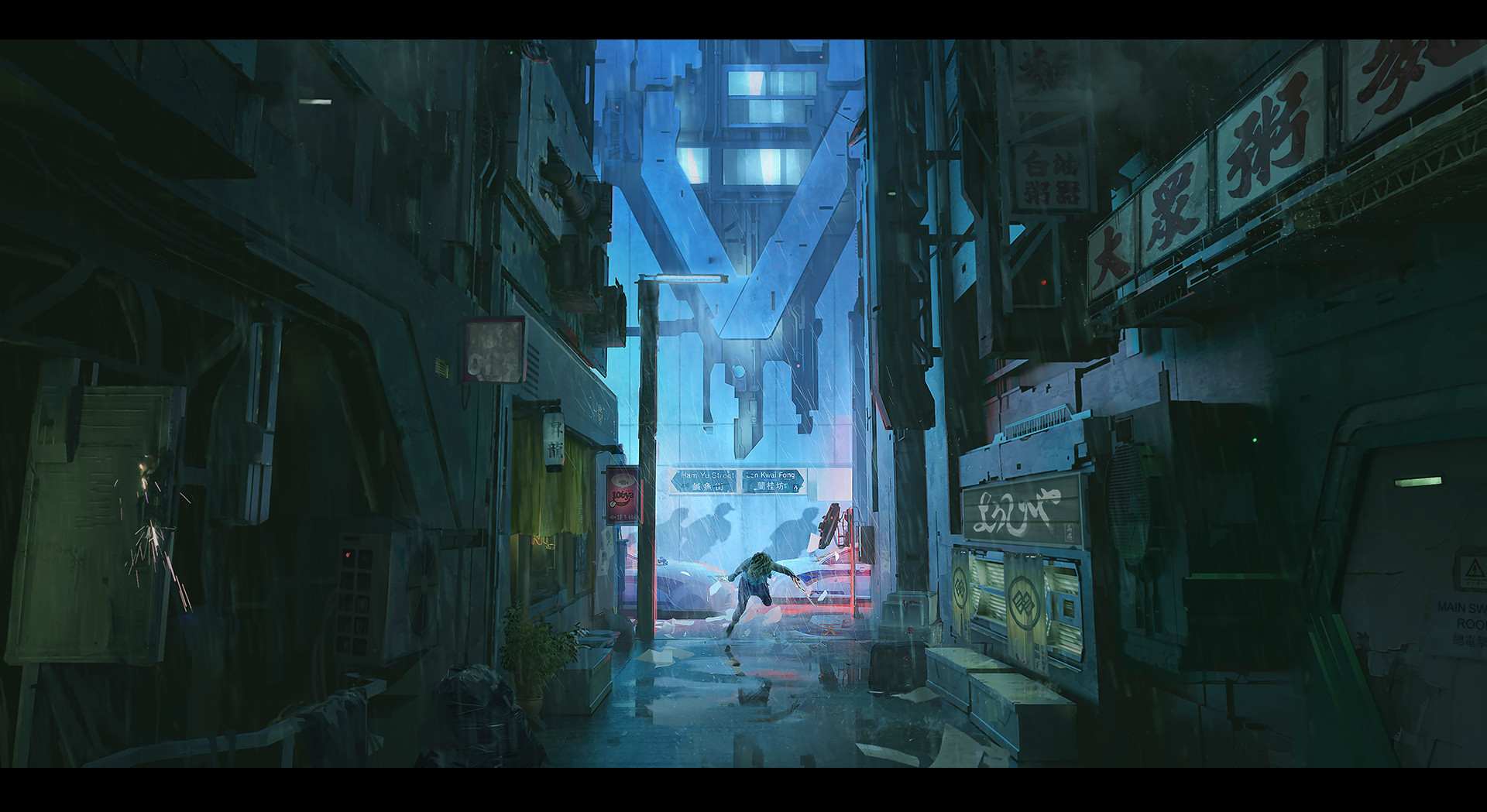 I think it'll play ok. I can picture the scenes that come out of this being nicely cinematic:

Lulu barrels through the heavy metal door and scrambles out onto the rooftop. The starless haze of night above, the infinite lights of the city below. Across a gap is another rooftop, slightly lower down. The others, just ahead of her, have already had the same idea, and are running towards the edge. Behind her in the stairwell, she hears the clang of footsteps approaching fast.

This is an action scene. The important thing here is that it's trouble the players got themselves into - whatever they did while on their mission alerted the guards. The game is now structuring the consequences.

The GM decides it'll take a turn to reach the edge of the roof, and that there's going to be a Physical roll to see whether Lulu is fast enough or if the guards reach the door in time and start shooting. The player rolls and succeeds. No danger yet!

She sprints across the roof, then leaps.

A roll... Oof. That's a fail. Unlucky. The GM decides what that means:

Cold night air rushing past, and for a moment it seems as if the world is silent - then Lulu feels her heart skip as she starts to fall too soon, the next building not yet under her, the street so far below but rushing closer... In desperation she reaches out, teeth gritted, and grabs the edge of the building. Her body slams into the wall, her arms ache with the impact, but she hangs on. Barely.

Now Lulu is endangered. Someone has to use their turn to get her out of danger before her next turn ends. So she could try and save herself - but if she fails, that's the end of her turn, and she takes the penalty to her Physical stat. Better have another player sacrifice their turn's action to step in.

She looks up and sees G, the older woman smirking and extending a hand. "Nice jump." She pulls Lulu up. Across the gap, the guards are beginning to reach the roof. Sirens blare from below. G cocks a head towards a fire escape, descending into a dark alley. "Shall we?"

Lulu nods, and they run.

I mean, it's just an example, but it seems nice and solid and straightforward. I like how danger only gets to be a real problem when players get themselves in deep and start failing rolls.

I imagine that if, earlier in the mission, they'd snuck past those guards somehow, used another tactic, there wouldn't have been any rolls to escape as they quietly left via the front door or something.

But! This is all conjecture, really. What we need is actual playtesting!

And, uh... I think we're done? With this post, and with the series for now. That's all the mechanics we need to play - so let's not waste any more time with theory! The play's the thing!

I'll be doing playtests with my friends and also probably in a play-by-post over on my Patreon, so consider donating $1 a month to help me make games if you'd like to participate.

This series of Design Doc will likely pick up again if and when the game develops further. Stay tuned to the blog for news on the finished game coming out at some point! It'll either be a Big Deal and I'll get art done and stuff, or I'll pop a word doc up for free on the Patreon and announce it here. Or both.
I'm taking next week off since my birthday's coming up - taking time off the blog, at least, I'll still be working hard behind the scenes as ever! Something very exciting to be announced upon my return...

If you've read this whole series up to now, thank you! Hope you gleaned at least one useful nugget from my ramblings. It's pretty nerve-wracking for me to put everything out there like this, so I appreciate your support :) x
Posted by D. G. Chapman at 09:15